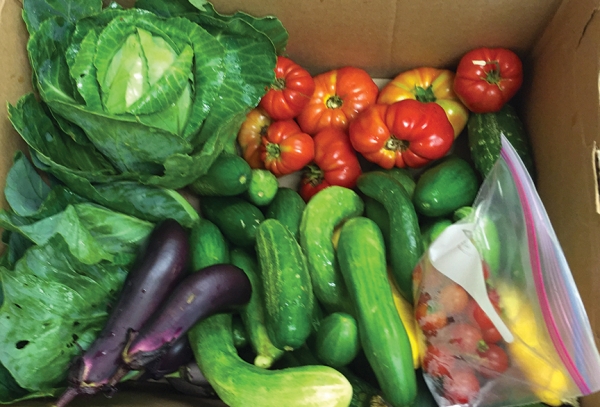 The process of photosynthesis by which plants convert raw materials into glucose, the fuel molecule they need to survive, is of course much more complicated than that, but the basic formula is accurate in its depiction of both the inputs and the outputs of the process. Six carbon dioxide and six water molecules go in, and six oxygen and one glucose molecule come out. For humans, this equation undergirds everything. Plants form the basis of all food chains – and therefore of all food – and their ability to convert carbon dioxide to oxygen as a byproduct prevents us from suffocating on our own exhaled waste. Perhaps less well-known, plants also play an integral part in the carbon cycle, moving carbon from the atmosphere into the soil. As plants sequester carbon from the air in the soil through their roots, the soil grows healthier, more nutrient dense and better able to retain water. Plants growing in carbon-rich soil in turn grow healthier, are more drought resistant and, in the case of cultivated plants, produce higher crop yields. Within this natural cycle, when these healthy plants eventually die, they decompose and release their stored nutrients, including carbon, back into the soil.

Today, though, plants need some additional help to keep up with the volume of greenhouse gases entering the atmosphere each year through the burning of carbon-based fossil fuels. Church of the Nativity, Raleigh, is trying to do its part through a carbon-farming initiative that is part of the congregation’s commitment to become a zero-waste church, a project led by parishioner Dargan Gilmore.

Carbon farming is a type of restorative agriculture that aims to increase the rate at which plants are able to recapture carbon from the atmosphere and sequester it in the soil. This is achieved by applying compost instead of chemical fertilizers to cropland and gardens. Studies show applying compost to cropland increases organic carbon in the soil by up to 100 percent compared to chemically fertilized soil. In California, farmers have been able to increase crop yields by up to 250 percent through the long-term application of compost.

According to Carl Sigel, who leads Nativity’s Environmental Stewardship Committee and is a member of the Diocese’s Chartered Committee on Environmental Ministry and the North Carolina Composting Council, about 40 percent of the world’s soil had been seriously degraded through what he calls “our perfectly reasonable efforts to feed ourselves and our families.” The problem, he says, is our efforts to fix the degradation mainly through the use of inorganic chemical fertilizers don’t address the underlying imbalance in the carbon cycle.

“Everything in nature is recyclable, outside of humans,” he explained. “We need to figure out how we can come back into right relationship with the rest of Creation.”


FROM STEWARDSHIP TO INCARNATION

In the very first chapter of the Bible, God separates the water from the dry land and, viewing the ocean and the soil, sees that it is good. Later in Genesis, God makes humankind and charges them with caring for the created order, calling the arrangement very good. This narrative forms the basis for many Christian calls to environmental stewardship. According to the Rev. Stephanie Allen, however, the call “goes beyond stewardship to incarnation.”

“Here we are in the middle of Lent and the middle of an understanding of Christ being a person…and loving the world enough to do that,” she reflected. “For God to become human and interact with the Creation in that way tells us who we are [as Christians] and what we’re about. If we don’t believe that’s true, the rest of it is pretty meaningless. The incarnation tells us that God cares about this world and cares about us. If God loves the earth, perhaps we should love it and care for it, too.”

Allen, who serves as Nativity’s rector, also points out Jesus’s charge to love our neighbors as ourselves provides another compelling reason to be thoughtful about how we interact with the natural world.

“You can’t trash the planet without trashing people,” she said, explaining that every piece of trash we throw away has to go somewhere, posing both an environmental and a human danger. “Throwing away food because I didn’t use it is keeping it from people who could use it.”

For Allen, it’s not just about the moral issue of wasting food when so many people go hungry. She’s also become aware through Nativity’s carbon farming journey that when uneaten food ends up in a landfill, it doesn’t turn back into harmless soil. Buried under literal tons of garbage, organic matter lacks the oxygen to decompose naturally. Instead, it gives off methane, a potent greenhouse gas. In this way, the issues of food insecurity and climate change merge.

“For me, it’s two pieces,” Allen explained. “It’s certainly the composting piece, and it’s also thinking about what we throw away and what happens to it after we throw it away.” Her church has certainly been thinking hard about that question.

The people of Nativity have long been invested both in decreasing waste and helping their neighbors access healthy food. In 1989, then-parishioner Jill Stanton Bullard (now a deacon in the Diocese) co-founded the Inter-Faith Food Shuttle to rescue edible food in danger of landing in the trash and deliver it to food insecure members of the community. Since then, the church has engaged with numerous environmental topics ranging from faith and science dialogues to a parish-wide energy audit in 2012. In January 2018, the church installed 106 solar panels on the education building.

Throughout Nativity’s journey toward becoming more sustainable, food waste and responsible stewardship of natural resources has remained a focus. In 2013, Nativity launched its Nativity Community Garden and the next year joined Inter-Faith Food Shuttle’s Plant a Row for the Hungry program. Today, 16 10- by 4-feet raised beds fill the garden. Produce is delivered to a local senior center. 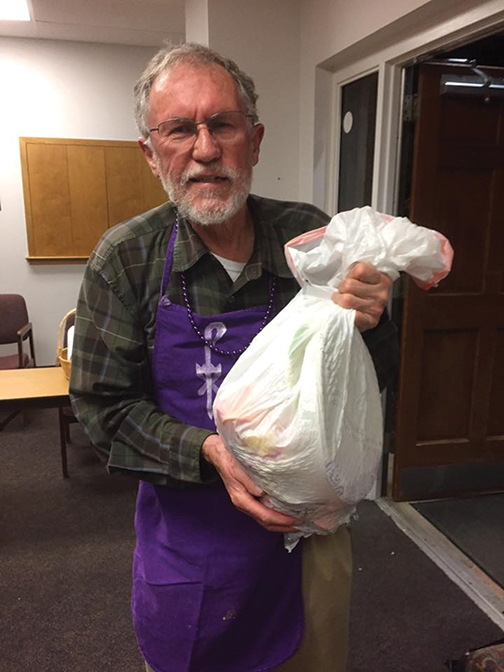 Beginning with their 2017 Shrove Tuesday pancake supper, Gilmore and Allen moved Nativity to using only washable, recyclable and reusable cups, plates and flatware. That day, cooking for and feeding 120 people produced one small bag of trash. In June 2017, Nativity received a grant from The Episcopal Church’s Advisory Council on the Stewardship of Creation to support the carbon farming project they call “Becoming the Good Soil, Bearing the Fruit That Will Last.” On September 17, Nativity officially moved to using compostable drinking cups during all church events. Five months later, all food service items are either compostable or washable. The church contracted a local commercial composting company to supply them with indoor compost collection bins.

Sigel attributes Nativity’s success with composting to the measurable, visible nature of the endeavor. After that 2017 Shrove Tuesday pancake supper, for example, seeing the one small bag of trash the event produced drew cheers from the crowd.

The congregation’s enthusiasm, however, does not mean there are no mistakes. Especially as the church was transitioning to using compostable materials, people became confused about which items were recyclable and which were compostable. To address the issue, the church created signs with pictures of different types of items that explained what to do with them. During events, “compost czars” stand by the collection bins and help to educate people about the process.

The educational component is an ongoing effort. A recent change in the design of the compostable cups, for example, caused confusion. People who are accustomed to composting at home sometimes balk at the idea of putting meat, bones and dairy products in the collection bins. (Traditional backyard composting excludes these materials, but commercial composting facilities can accommodate them.)

Despite these hiccups and the continuing volunteer effort required to make the operation run smoothly, Nativity’s efforts are growing. The church recently added a third, larger bin to accommodate the congregation’s composting needs. Parishioners also have the option of collecting food scraps at home and depositing them either in the indoor collection bins or the outdoor compost bin the church uses to produce the compost for their own community garden.

Looking to the future, the congregation intends to continue reducing the amount of waste they produce. They recently started working with TerraCycle, a company specializing in recycling hard-to-recycle materials, like chip bags. In addition, Allen has made it her mission to place smaller compost collection bins in the church’s restrooms so people can easily compost their used paper towels.

“It’s something we all can do to make a difference.”

Learn about more ways churches are practicing environmental stewardship to make a difference.