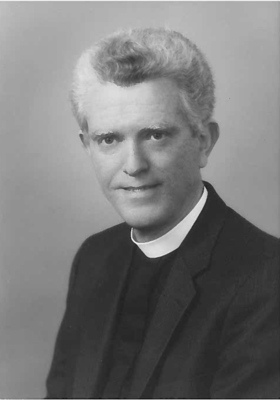 By the Mead Family and Diocesan House

The Rev. Loren Benjamin Mead, an Episcopal priest whose work in congregational development and as founder of the Alban Institute reached far beyond any single denomination or national border, died peacefully under hospice care at his home, Goodwin House Bailey’s Crossroads in Falls Church, Virginia on May 5, 2018.

Mead was an educator, consultant and author who worked to strengthen religious institutions, especially local congregations. He collaborated with lay people, clergy, executives and bishops, teachers and others committed to ministry. A pioneer in congregational studies, he brought together the methods of organization development consultation and applied research for working with congregations.

As an author, he published four bestselling books on the future of the church: The Once and Future Church (1991), Transforming Congregations for the Future (1994), Five Challenges for the Once and Future Church (1996), and Financial Meltdown in the Mainline? (1998).  In addition to a number of articles and chapters in edited works, he is also the author of New Hope for Congregations (1972), Critical Moment of Ministry: The Change of Pastors (1987), The Whole Truth (1987), and More than Numbers (1994). His most recent book, The Parish is the Issue refocused on his work with congregations as the future direction.

In his work with churches, Mead developed a number of resources still widely used:  the role and work of the interim pastor, the use of conflict management, the work on clergy stress and burnout, concepts of change and development in congregations and their judicatory systems, and training methods for executives and bishops. He was concerned for the personal, professional and spiritual development of lay and clergy leaders, and especially for the creative possibilities for churches and leaders at moments of transition in role. Mead worked with local, regional and national groups, with seminaries and church agencies in several dozen denominations in the United States, Canada, England, Scotland, Germany, Australia, New Zealand, Namibia, and South Africa.

“Loren Mead was one of the most influential Christian leaders of his generation,” said the Rt. Rev. Sam Rodman, bishop of the Episcopal Diocese of North Carolina. “not only for his incisive analysis about the contemporary challenges of the church, but for his visionary perspective and his willingness to ask the hard questions around what we imagine the future church will look like. His work touched the life and mission of churches of every denomination throughout the United States and across the globe. His devotion to the congregation as the particular locus of the church's mission and his commitment to clergy and lay leadership working in partnership were unwavering.”

Though Mead’s work was known around the world, his ties to the Diocese of North Carolina ran deep. As he wrote in a congratulatory letter to the Most Rev. Michael Curry upon his election as bishop of the Diocese of North Carolina in 2000, “although not resident physically within the diocese, I want you to know that I have always understood myself to be a priest in the diocese of North Carolina serving in a missionary capacity in the larger church. Most of my ministry has been in the ecumenical world, but it has also been in the international church...I want you to know that I consider myself ready to be of service to you and to my diocese any time.”

Influenced by his childhood in the segregated South, Mead worked for racial justice and reconciliation throughout his career. Besides marching with a delegation of white pastors in support of Martin Luther King after the death of Medgar Evers, he played a leading role in the desegregation of Chapel Hill. At the end of his life, he was working on the manuscript of a book about an ex-Confederate Civil War chaplain who left the Episcopal church to minister to African-American congregations in post-Reconstruction South Carolina. 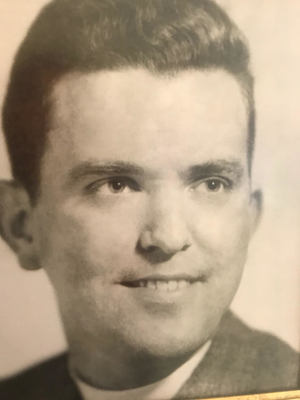 Mead’s work with the Alban Institute was informed by his career in the parish ministry. From 1955 through 1957, he was the rector of Trinity Church in Pinopolis, South Carolina. In 1957 he accepted a call to Church of the Holy Family, Chapel Hill, North Carolina. In 1963-1964, he served as the visiting rector of Esher in the United Kingdom, returning to Holy Family until then-Presiding Bishop of the Episcopal Church, the Most Rev. John Hines, asked him to direct the Church’s experimental “Project Test Pattern” for a three-year period.  In 1974, Mead founded the Alban Institute, Inc., developing its national, multi-denominational network of research, publishing, education and consulting.  When he stepped down from its presidency in 1994, the institute had 8,500 members and was widely recognized as a leading force in the life of the contemporary church.  He continued to consult, write and teach until the last years of his life.

Mead’s work lives on in the church. Alban at Duke Divinity School, the successor to the Alban Institute, continues his agenda of research and consulting, with more than 45,000 people receiving its weekly newsletter. Institutions like the interim pastorate and the Consortium of Endowed Parishes continue to express the concern for the life of local religious communities that was the heart of his professional vocation.

Mead was married to the former Polly Ayers Mellette until her passing in 2013.  They are survived by four children, seven grandchildren and four great-grandchildren.

“As a seminarian and young priest back in the 1980s I knew Loren Mead through his writing and consultations with the clergy of North Carolina,” said the Rt. Rev. Anne Hodges-Copple, bishop suffragan of the Diocese of North Carolina. “His work guided us to rethink how best to work for God's mission at the local level. Over time, I had the good fortune to come to know Loren as a friend and as an occasional worshipper in the pew who always had words of encouragement and inspiration for a new rector. Because members of his family attended my former parish, I was blessed to see for myself his love of God, fantastic sense of humor and devotion to family. Loren shared the Light of Christ in a way that was not only illuminating to the mind, it was invigorating to the spirit.”

Mead’s life will be celebrated at his parish home, St. Alban’s Episcopal Church, 3001 Wisconsin Avenue NW, Washington, DC 20016 on May 21, at 11a.m. For those who wish to honor the life and work of the Rev. Loren Mead, the family asks that in lieu of flowers, memorials be sent either to St. Alban’s Church or to Alban at Duke Divinity, 1121 W. Chapel Hill Street, Suite 200, Durham, NC 27701.

Into your hands, O merciful Savior, we commend your
servant Loren. Acknowledge, we humbly beseech you, a sheep of
your own fold, a lamb of your own flock, a sinner of your
own redeeming. Receive him into the arms of your mercy,
into the blessed rest of everlasting peace, and into the
glorious company of the saints in light. Amen.

May his soul and the souls of all the departed, through the
mercy of God, rest in peace. Amen.