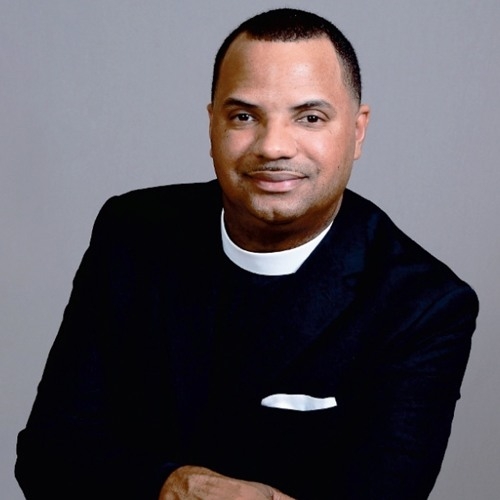 The Episcopal Diocese of North Carolina has made a resolute and public commitment to its work on racial justice and reconciliation as well as its willingness to explore its history, legacy and role in upholding a system of white supremacy. It is the first of its diocesan priorities and a focus of the in-development mission strategy that will help determine the direction of the diocese in coming years.

This commitment is a clear sign that diocesan leadership is not satisfied with the status quo and is ready to see things change, to see things done in a different way and to work to ensure that the dignity of every person is respected and recognize each person as an equally loved child of God.

Though the journey will be a long one, there will also be victories and milestones to celebrate along the way. When the newest members of Standing Committee were installed at the start of 2021, one of those milestones came to pass with the election of the Rev. Jemonde Taylor as president of Standing Committee. He is the first Black person to serve in that role.

Taylor is a well-known and deeply respected leader in the Diocese. The rector of St. Ambrose, Raleigh, he has also served in several diocesan capacities, including Diocesan Council, the Pastoral Response Team Disciplinary Board and currently on the Mission Strategy Task Force. While his election as Standing Committee president is cause for celebration, it also brings to light that while the Diocese has always been honored with Black leaders, it was only 50 years ago that the diocese saw its first Black member of Standing Committee, when Dr. Prezell Robinson of Saint Augustine’s University was elected in 1970. When Taylor served his first term on Standing Committee in 2018, he was only the sixth Black person elected to the position, and later the first ever elected as president.

When asked about how he felt about his election, Taylor responded, “It is both tragic and terrific at the same time. Tragic it has taken over 200 years to have a Black person as the president of Standing Committee, and terrific that it’s happened. They occupy the same space.”

“Father Taylor’s prayerful leadership is abundantly evident in the ways he continues to guide and lead the Standing Committee as president,” said the Rt. Rev. Sam Rodman, bishop of the Diocese of North Carolina. “We are inspired and grateful to have him serving in this important leadership role in the governance of our diocese.”

The role of the Standing Committee is to serve as the Council of Advice to the bishop and, if necessary, to serve as the diocesan ecclesiastical authority if there is no bishop. Comprised of five clergy of the diocese and four members of the laity, the current Standing Committee is the most ethnically diverse ever to serve. Of its nine members, five are either people of color or work in a Black institution.

Taylor credits the work of the past three Standing Committees and its presidents for taking several positive steps forward. “[They] have been intentional about wrestling with the legacy of white supremacy and systemic racism in the diocese,” he said. “That intentional work has made it possible for someone like me to hold this position. I don’t see those as mutually exclusive. Because that work was done, this happened. I think it says a lot of good things about the Diocese of North Carolina.”

Part of that work included extensive education on the history of systemic racism through workshops such as that offered by the Racial Equity Institute and sessions with consultants. The more they delved, the more members came to recognize past Standing Committee actions and decisions in that system, especially in Standing Committee’s primary areas of focus: property and the ordination process. They acknowledged that complicity last year in a public statement that both owned the past and committed to the future.

Though Taylor credits a great deal of that change to the past three presidents, much of it came about because of a willingness to listen to suggestions and ideas, including his. It was Taylor who first raised the need to look at the committee’s history and the intentional bias long present in how property decisions and the ordination process were handled. He has championed deepening the relationships between Standing Committee members and advocated for time at each meeting to be set aside for spiritual formation or Bible study. As president, already he has reached out to past Standing Committee chairs and presidents in the Dioceses of Western and East Carolina in the hope of developing relationships that will allow the three dioceses to speak as one North Carolina voice on key issues.

“The respect Father Taylor commands throughout the church is helping him to strengthen connections and relationships both within and beyond our diocese,” said Rodman. “He has expanded the devotional time at the outset of each meeting, while continuing to deepen the work of the Standing Committee in its commitment to dismantle racism and the legacy of white supremacy. His leadership is building bridges as we share in the commitment to Become Beloved Community here in North Carolina and in The Episcopal Church.”

Though reckoning with a white supremacy past instigates feelings that can be unpleasant, in Taylor’s opinion, the Diocese of North Carolina is doing the right thing. “[This] diocese is doing better than most,” he said. “In fact, I would say North Carolina is a leading diocese in this effort because of how vocal and intentional diocesan leadership has been. Both our bishops have been visible, and their statement following the murder of George Floyd was the strongest statement from any Episcopal organization. There has been much risk taking and courage from diocesan leadership and just seriousness about wrestling with this.”

When he speaks of his own term as president, Taylor speaks of past, present and future all at once. “I give thanks to all the ancestors who made this possible,” he said. “I sit in this chair because they chose to sit in their chairs and not be stagnant. They chose to affect change. I’m very honored to sit where I sit, knowing I have to do what my predecessors did, which is not to sit and become complacent, but to sit with the future in mind and [ask] how what I’m doing today will allow an even more expansive and inclusive Standing Committee.”