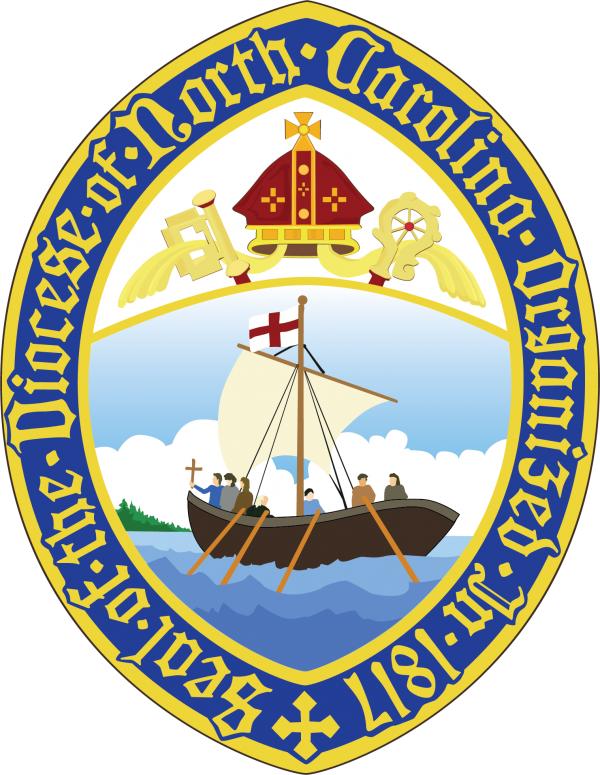 When the time came to make the decision on whether to hold the 206th Annual Convention in person, the stars weren’t aligning quite well enough to move forward. Positive COVID-19 rates were trending up, and vaccination rates had plateaued with several younger demographics not yet eligible. So the decision was made to split our annual gathering into two parts: one online in the fall to tend to the legislative business of the Diocese and one in person in the spring to celebrate and launch the diocesan Mission Strategy.

With a theme of “Then we were like those who dream” (Psalm 126:1), “Part One” of the 206th Annual Convention of the Diocese of North Carolina took place via Zoom on Saturday, November 20. Although the gathering was online, St. Mark’s and Guadalupana, Wilson, was the site from which the Annual Convention was transmitted to Zoom (see page 39), providing those in attendance a holy backdrop from which to conduct the business of the Diocese.

As always, Convention was grounded in our faith, and it opened with a Eucharist during which the Rt. Rev. Sam Rodman preached and the Rt. Rev. Anne Hodges-Copple presided. Though the official bishops’ addresses will be shared at the in-person gathering in March 2022, Rodman preached a sermon based on the morning’s reading from Daniel (7:9-10, 13-14) and Daniel’s dream of a king (page 4). “Jesus is our matchless King, King of all,” said Rodman. “Jesus is the one we seek…[T]he promise here is that Jesus’ kingship is indestructible,” even though the pandemic has, at times, brought forth feelings that test that promise. The promise remains, however, because, as Jesus told Pilate in the Gospel of John, “My kingdom is not from here.” (John 18:36) “For this I was born, and for this I came into the world, to testify to the truth. Everyone who belongs to the truth listens to my voice.” (John 18:37)

“Jesus is teaching us today about his kingship, and he is clear that it is all about truth-telling,” said Rodman. “Jesus has come to testify to the truth. Truth-telling is, of course, the first step in Becoming Beloved Community.” Rodman also connected that truth-telling to the need for all voices to be part of the Mission Strategy to be celebrated in March. “We need your truth-telling because this is how we discern together what beloved community will look like here. And we need your voices, because through your words, speaking your truth in love, we can hear the beloved community.”

Following the Eucharist, the remainder of the gathering focused primarily on the business of Convention. For the

first time, elections took place via an online voting process using Election Runner, with every voting clergy member and delegate assigned an individual voter ID. Election Runner was used for voting for candidates put forward to serve on Diocesan Council, Standing Committee and Trustees to the University of the South.

Voting on those elected positions went as follows:

The business of Convention took place in the main Zoom meeting room, with legislative hearings taking place in both a breakout room and the main room. Of the five resolutions submitted for consideration, four were under the leadership of the Constitutions and Canons legislative committee, led by chair the Rev. John Talk. Discussions relating to those resolutions took place in a breakout room. The discussion relating to Resolution 206.5, which proposed submitting to the upcoming 80th General Convention a resolution commemorating the late Rt. Rev. Barbara Harris, took place in the main Zoom meeting, led by the Rev. Audra Abt, chair of the Faith and Morals legislative committee.

In lieu of the “voice votes” employed at in-person conventions, the “yes” and “no” votes were collected via Zoom polls. The 2022 mission budget was passed as submitted. The 2023 fair share percentage was passed as proposed by Diocesan Council.

Voting on resolutions went as follows:

Certified copies of all resolutions are available on the diocesan website.

Though the focus of the online 206th Annual Convention was the legislative business of the Diocese, the gathering was not without its highlights and notable moments.

The diocesan contribution to Episcopal Relief & Development’s 1000 DAYS OF LOVE campaign was celebrated as the offertory during the opening Eucharist. The diocesan goal of raising $198,000 for the campaign was far exceeded, as the Diocese raised a total of $215,686. In addition to the challenge of meeting our goal, a friendly convocation competition took place, with a $2,500 prize going to the convocation that exceeded its fundraising challenge by the greatest percentage. The Charlotte Convocation was named the winner of that challenge, and the Rev. Amanda Stephenson, dean of the Charlotte Convocation, accepted on behalf of the convocation.

Following the opening Eucharist, as the sanctuary was transformed from worship to business space, attendees enjoyed a short history of host churches St. Mark’s and Guadalupana, Wilson.

The 2021-2022 Johnson Service Corps interns were commissioned during Noonday Prayer via a pre-recorded ceremony with the bishops.

The Bishop’s Committee on Affordable Housing, created at the 205th Annual Convention, shared a video featuring work relating to affordable housing happening in congregations across the Diocese, as well as a special message from Governor Roy Cooper.

Deep thanks was given to Wade Gresham, who retired as diocesan treasurer after 12 years of service. He stayed on beyond his intended retirement date to help see the Diocese through the worst of the pandemic, and he was invited to the gathering in March, where it is hoped we will celebrate his dedication, devotion and oft-demonstrated love of the Diocese of North Carolina. Rodman appointed Gilbert Small to succeed Gresham as of January 1, 2022, and serve as interim diocesan treasurer until Small’s formal nomination at the 207th Annual Convention in November 2022.

Deep gratitude was also expressed for Ed Embree, who has served as diocesan chancellor and convention parliamentarian since 2006. Rodman highlighted Embree’s deep knowledge of law—both canonical and secular—and Rodman’s appreciation for the precision with which Embree applied it. Rodman celebrated the passion and humor Embree brought to his work and invited Embree to join the gathering in March so his service can be further honored. Martin Brinkley succeeded Embree as chancellor.

LOOKING AHEAD TO MARCH

In the last moments of Convention, attendees looked ahead to the in-person gathering scheduled for March 4-5, 2022, where the Mission Strategy of the Diocese of North Carolina will be celebrated and launched. A short video was shared to illustrate the work already in progress and the steps delegates and their congregations can take between now and March.

With that, the online 206th Annual Convention adjourned. To enjoy the Convention itself and its highlights, click here.