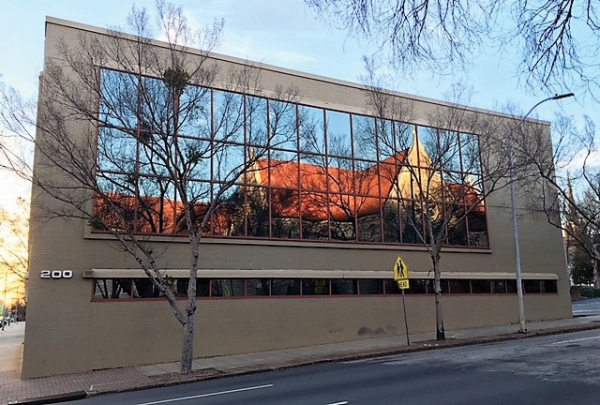 After more than three years of discernment, the Diocese of North Carolina announces the decision to list for sale the Diocesan House office building at 200 West Morgan Street. The sale is being overseen by Jones Lang LaSalle Incorporated (JLL), a professional services company specializing in real estate and investment management.

[Image: The current Diocesan House building at 200 West Morgan Street in Raleigh has been listed for sale. Photo by Lynn Hoke]


The decision is one that was reached with much deliberation, intention and prayer. Led by a task force that began its work in the summer of 2019 after the building’s longtime tenant vacated the first two floors, the team imagined a multitude of possibilities for the three-story building, including renovating the existing building, redeveloping the site or selling it outright. Every possibility was measured by how it might allow the Diocese to further the work of our mission priorities and call to ministry.

Discernment naturally slowed at the start of the pandemic, but, as time went on, two changes became evident. First was recognizing that diocesan staff could operate with a much smaller footprint. At the start of the pandemic, the staff transitioned easily to functioning as a remote workforce, in part because not all staff is based in Raleigh. Over the course of the last two years, the staff worked to refine its practices of remote teamwork while maintaining its ability to serve the congregations of the Diocese.

Second was the changing landscape of Raleigh itself. Commercial and residential development continues to grow and expand at a rapid rate, and, with its lot in the heart of downtown Raleigh, Diocesan House’s site provides several possibilities for development.

“What we discovered during the pandemic is that despite not being in our usual offices, our productivity not only held to its usual levels but increased,” said the Rt. Rev. Sam Rodman, bishop of the Diocese of North Carolina. “For two years, we have demonstrated we could continue to serve our churches in every way without a central office. And that was a gift. It allowed us to release any doubts about letting go of our current building and instead get excited about looking forward to how reducing overhead costs of our administrative home may provide more resources for ministry.”

In May 2021, the Diocesan Building Task Force announced its intention to issue a Request for Proposal to begin the search for a consultant with whom to work on the next phase of discernment, gathering input from across the Diocese and neighbors in Raleigh and helping to evaluate every option for what might be done with the property. Following that research phase and study, it was clear the best option for the Diocese is to sell the building to be able to fulfill its desire for both long-term stability and the ability to do ministry.

The building was listed publicly on September 8. The Diocese will be active in the offer process to ensure future plans for the site will be amenable to our current neighbors as well as beneficial to the city. The hope is that the building will be sold and the Diocese settled in its new location in the first half of 2023.

Where that location will be has not yet been determined, though several options are being explored. The Diocese expects to remain in the Raleigh area and plans to occupy temporary office space while next steps are discerned. This is not the first time the Diocese has relocated its headquarters. It moved to its current downtown location in 2005; prior to that it occupied offices in the North Hills area of Raleigh.

“There will be a transparent and intentional process of discernment regarding the use of proceeds from the sale, once a new location has been determined,” said Rodman. “This discernment will include Diocesan Council, the Standing Committee and the Trustees for the Diocese, as well as other representative bodies. Wherever it’s located, Diocesan House will always be a place of welcome and a reflection of our commitment to our missional priorities. We are excited about the possibilities the sale of our building presents, and we look forward to welcoming one and all to our new home.”|

ONE THOUSAND DAYS OF LOVE Meets Its Fundraising Goal 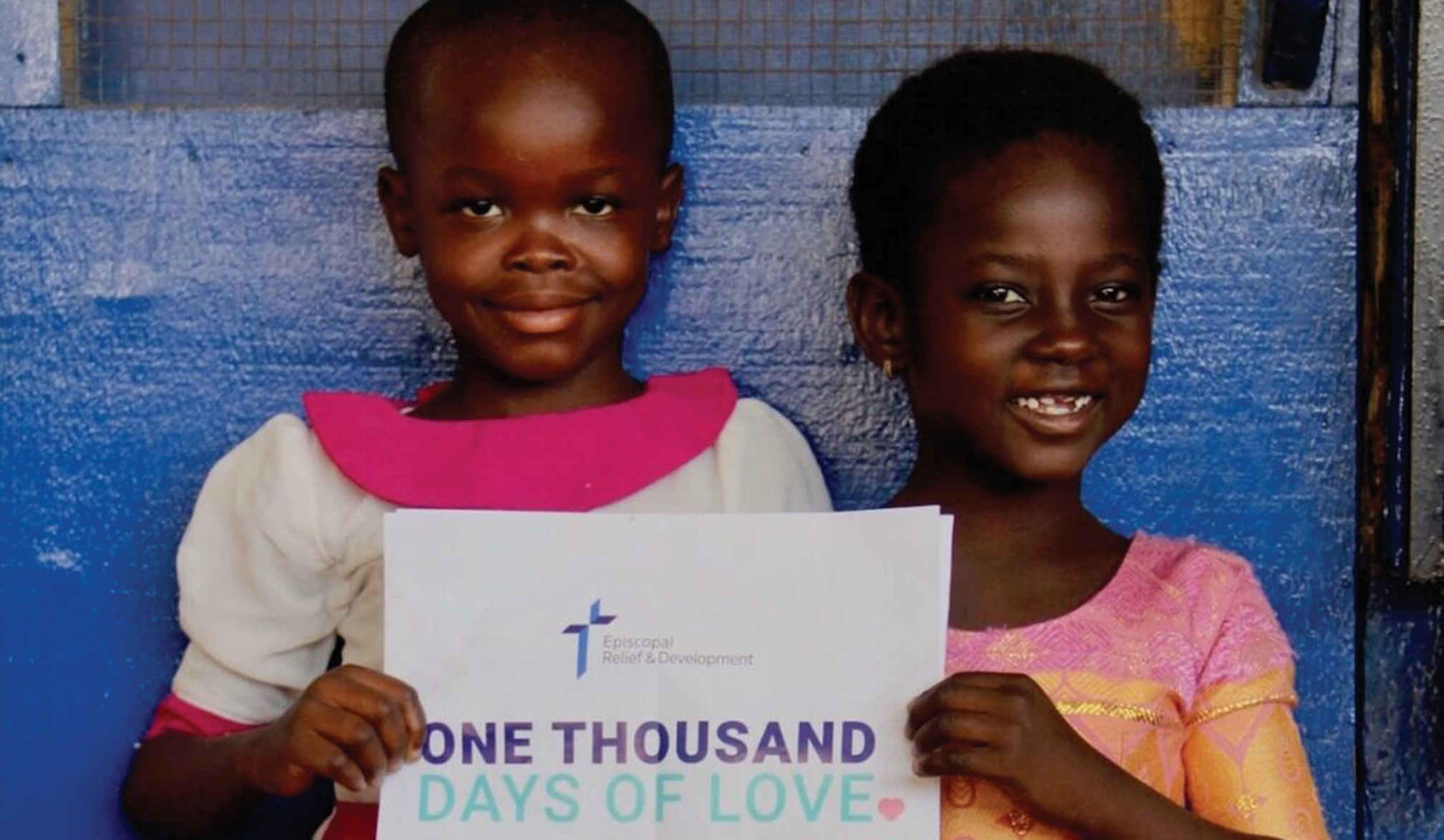 Thanks to individuals, congregations and dioceses across The Episcopal Church and the Anglican Communion, Episcopal Relief & Development’s ONE THOUSAND DAYS OF LOVE campaign has met its goal of raising $3 million to support children worldwide.

Since the campaign was launched in September 2019, more than 18,000 individuals and 230 churches have donated to it and engaged in acts of love of their own.

The majority did so during the COVID-19 pandemic while most people were home and unable to be with others. ONE THOUSAND DAYS OF LOVE provided people an opportunity to look outward, help others and work for lasting change from their homes.

“During these one thousand days, we have reached nearly one million children across the world because of this incredible generosity,” said Rob Radtke, Episcopal Relief & Development president & CEO. “We know that when we support children, we are also helping their families and communities to thrive.” 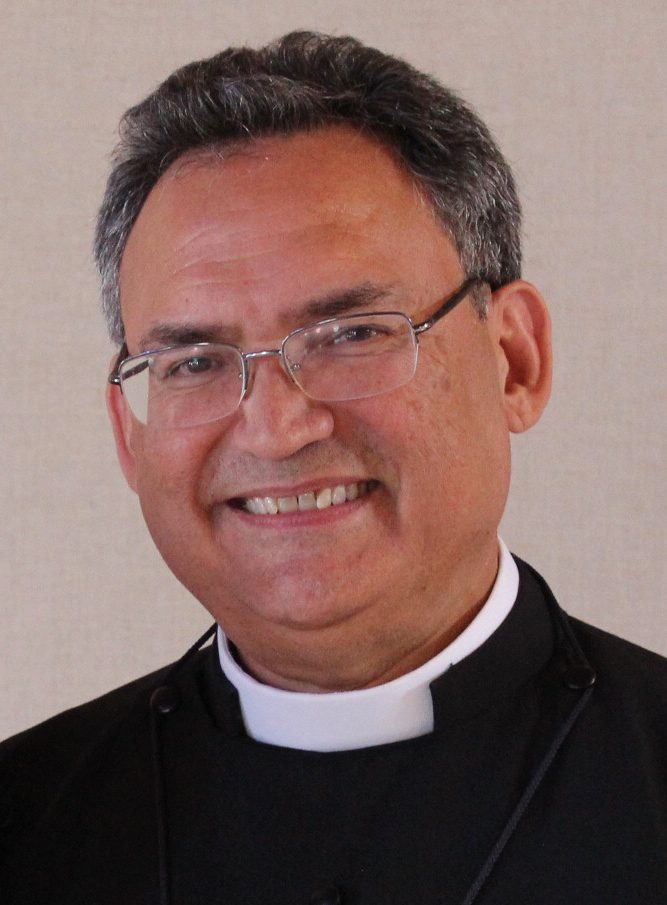 The Rev. Daniel Robayo, missioner for Latino/Hispanic ministries, has departed the diocesan staff to begin a new chapter. He accepted a call to serve as vicar of St. Mary Magdalene/Sta. María Magdalena (SMM), a bilingual, multicultural community in Manor, Texas in the Diocese of Texas.

“Being part of the Diocese of North Carolina has been a great blessing, a privilege and ineffable joy,” said Robayo at the time of his departure. “I have no words that can express my profound gratitude to Bishop Sam Rodman and Bishop Anne Hodges-Copple for calling me to serve as missioner for Latino/Hispanic ministries. I have been blessed with great colleagues on the diocesan team and across the Diocese, who have welcomed and encouraged me, and from whom I have learned a great deal about following Jesus.”

The move to Texas brings one additional blessing, as it takes Robayo and his wife, Nancy Urrecheaga-Robayo, closer to their three children and their families, all of whom live in the Austin area, where Nancy will also begin a new call teaching Spanish.

The Robayos leave the Diocese of North Carolina having made a tremendous and lasting impact for which the Diocese is grateful. “In the years ahead, we will build on all that he has accomplished as we live into the goals of our mission strategy,” said the Rt. Rev. Sam Rodman, bishop of the Diocese of North Carolina. “We are grateful to Daniel and Nancy, and we send our love and prayers with them as he begins his new position in Texas, and as they are reunited with family in the Austin area.” 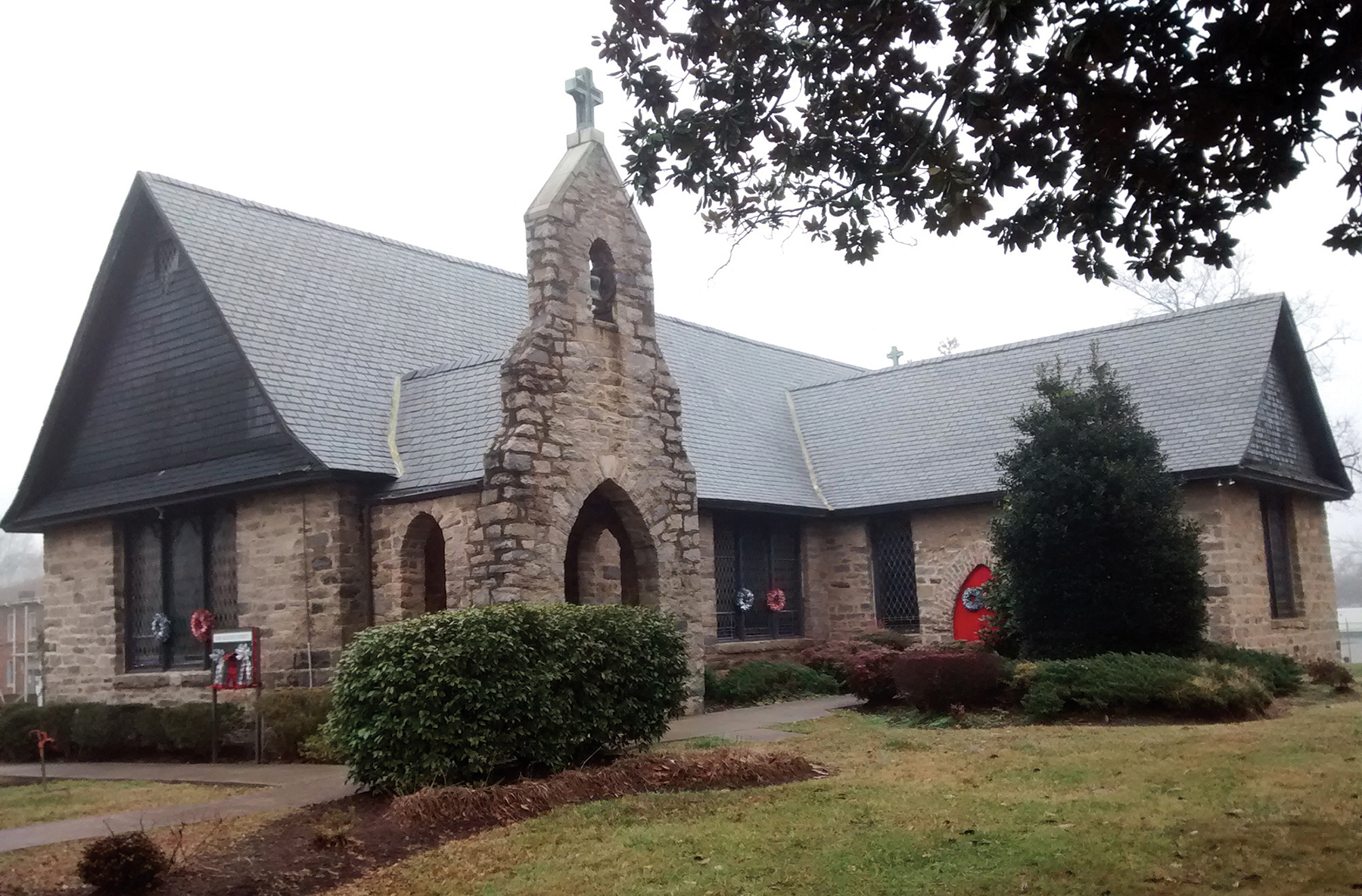 Saint Augustine’s University (SAU) was awarded $500,000 from the Historically Black Colleges and Universities grant program funded by the Historic Preservation Fund and administered by the National Park Service (NPS) Department of Interior to preserve the Historic Chapel.

The funding is part of the $9.7 million in grants announced by the National Park Service to assist 21 preservation projects for historic structures on Historically Black College and University (HBCU) campuses in nine states.

“For more than 180 years, Historically Black Colleges and Universities have provided high-level academics, opportunities, and community for generations of students,” said NPS Director Chuck Sams in a statement. “These grants enable HBCUs to preserve the noteworthy structures that honor the past and tell the ongoing story of these historic institutions.”

The chapel was built on the campus in 1895 by The Episcopal Church. It is one of the oldest buildings on the campus of SAU and is a Raleigh Historic Landmark. Alumnus the Rt. Rev. Henry Beard Delany, the first African American elected bishop of the Episcopal Church in the United States, was also a teacher of carpentry and masonry at Saint Augustine’s. Bishop Delany’s carpentry and masonry students were required to construct the chapel. The students quarried the stones used to build the chapel from the campus. On Tuesday, October 11, 1897, the bishop of the Episcopal Diocese of North Carolina, the Rt. Rev. J.B. Cheshire, consecrated the chapel. The chapel is on the National Register of Historic Places.

“The Saint Augustine’s Historic Chapel is the physical and spiritual cornerstone of our beloved institution,” says SAU President Dr. Christine Johnson McPhail. “The preservation of the chapel is essential to our strategic goals of student success and university sustainability.”

In 2018, SAU was one of 18 HBCUs receiving grants totaling $8.6 million. The $312,000 received at that time allowed SAU to complete the first two phases in 2020, which included preserving the chapel’s original stained-glass windows and its antique, handmade cherrywood pews. This year’s grant will fund Phase III, replacing the chapel’s roof and rehabilitating its restroom to allow for handicap accessibility.

“For alumni, students and community members, Saint Augustine’s Chapel is a spiritual and cultural resource,” said the Rev. Hershey Mallette Stephens, Dean of the Chapel and Spiritual Life. “The award from NPS allows us at this moment to continue the preservation work of this beautiful sacred space and ensure that it holds the prayers, praises and hopes of students, faculty, staff and the Falcon family for many years to come.”


One of the goals of the Racial Reckoning, Justice and Healing priority of the diocesan mission strategy is to develop and offer pilgrimages as part of our collective and ongoing education around the work of dismantling racism.

The Diocese is already at work developing and putting forth these offerings. Following a one-day pilgrimage to historic Stagville in early December, another one-day offering will take place on Saturday, March 11, 9:30 a.m.-1 p.m., this time at the International Civil Rights Museum in Greensboro.

The pilgrimage includes material to watch and read before departure and prayer and reflections during the visit. Open to all ages, there will be materials and activities for children. The cost is expected to be between $10-20, and space is limited. For more information, contact Jenny Beaumont, missioner for adult and lifelong formation. 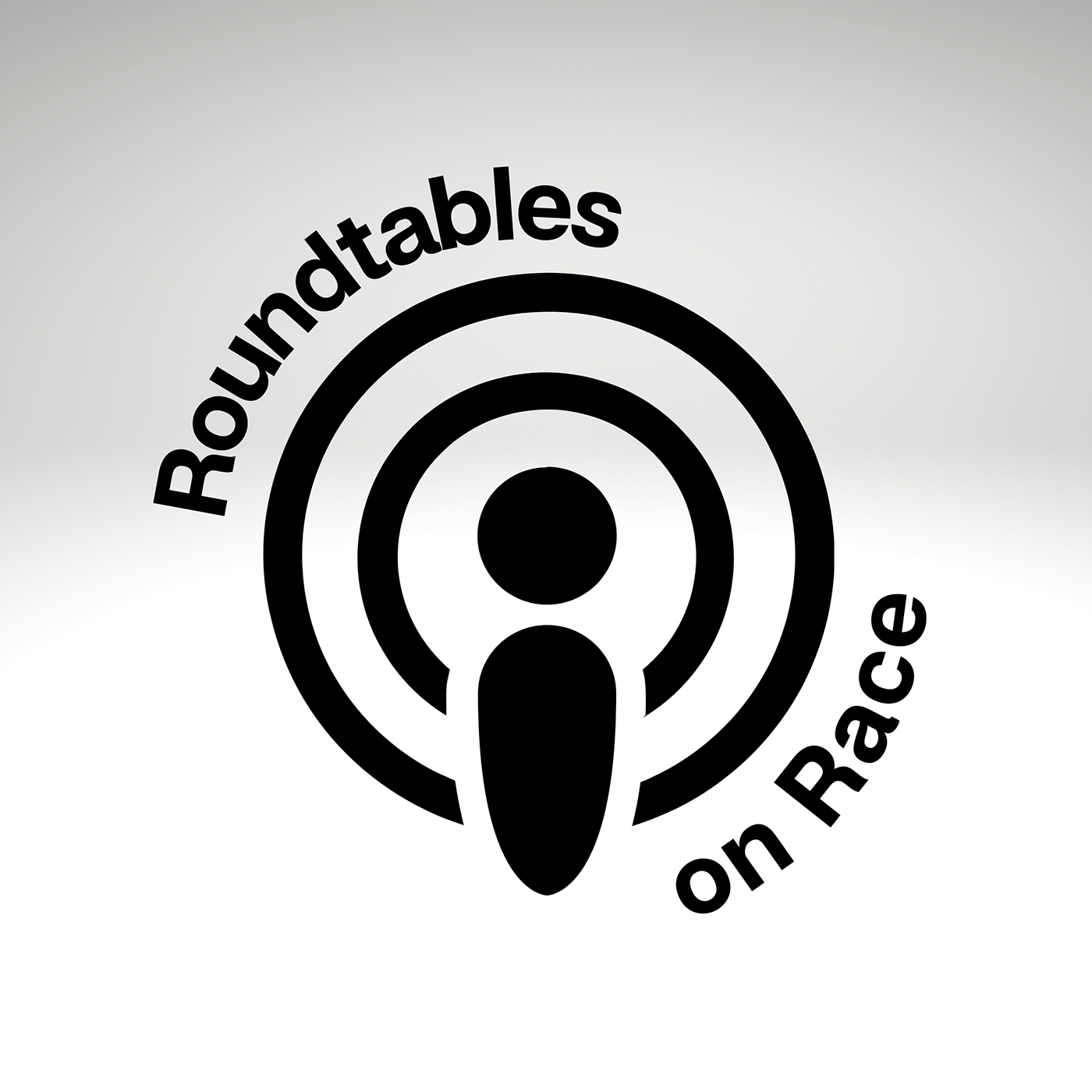 When the last refrains of the holiday carols fade and you are looking for something new to listen to as you embark on your New Year’s resolutions, look no further than two podcasts offered by the Diocese of North Carolina.

“Roundtables on Race” invites conversation around the effects of race on many facets of society, going deeper than traditional conversations usually allow. Hosted by the Rev. Kathy Walker, diocesan canon missioner for Black ministries, each season of the podcast focuses on only one topic, allowing every episode to be an opportunity to discuss an aspect of that topic and explore the layers and nuance that are a part of any discussion on race.

“Roundtables on Race” recently completed its second season. Catch up on past episodes or subscribe to the podcast here.

“To Differ is Divine” is a new podcast featuring the Rt. Rev. Sam Rodman and Rabbi Raachel Jurovics, diocesan rabbi-in-residence. It invites the curious and the skeptical alike to explore the idea of spiritual permeability and how devotional friendships with souls on other paths (including those on the “none of the above” path) enrich our own practice and contribute to a world without religious prejudice or fear.

“To Differ is Divine” will debut in January 2023. Subscribe wherever you get your podcasts or here.