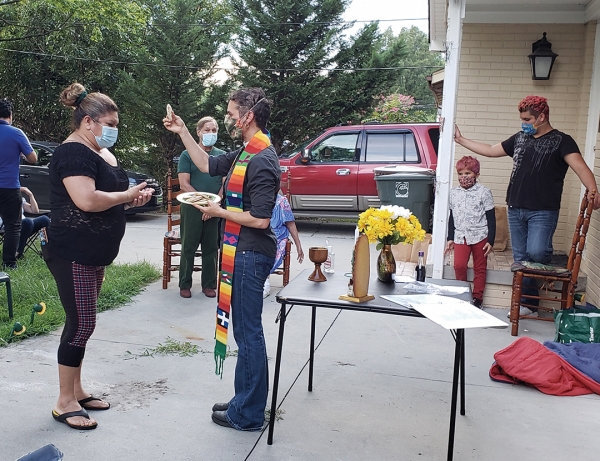 Throughout the summer, the Mission Strategy Task Force shared the work of the team to date. The goals, the strategies and the theology that comprise the mission strategy were presented via video and shared with clergy and lay leaders, in special “View & Discuss” gatherings, and among groups that gathered together to view the video and discuss. The task force requested and encouraged feedback, and quite a bit was received.

[Images: Work reflecting the mission strategy is already happening across the Diocese, whether in a front yard worship by Holy Spirit, Greensboro; a rain garden at St. Ambrose, Raleigh; or a collaborative wall-raising as part of the Habitat for Humanity Episcopal Build in Wake County. Photos courtesy Holy Spirit, St. Ambrose and Olivia Bowler, respectively]

YOUR VOICES WERE HEARD

The feedback was remarkably consistent. Tweaks and minor suggestions were certainly offered, but, overwhelmingly, the feedback agreed with the goals set within the diocesan mission priorities and expressed an eagerness to go deeper and discuss where the work might go when it is ready to expand beyond congregations into surrounding communities.

The feedback was also consistent in where it requested more. The first of these areas is the theological foundations of the mission strategy. Feedback repeatedly acknowledged the strategy is, in fact, clearly rooted in theological foundations, and so it was requested more be shared on that front. Rather than including only a theological overview, the task force was encouraged to share more of the theology behind the specific mission areas and goals so it is understood that every element of the mission strategy is rooted in our faith and the tenets of the Church.

The second area in which more explanation was requested related to infrastructure. It was much appreciated that the mission strategy takes a grassroots approach rather than a diocesan directive, yet the question was asked more than once how the work reflected in the goals and strategies would be supported, guided and tracked without impeding the creativity and organic developments happening in churches.

The third and final area where repeated requests were received was in sharing the model of how the mission strategy was developed. Churches and groups expressed an interest in using the model in their own work as they develop their own visions and goals.

Every bit of feedback was shared with the task force as it was received. When the team gathered again in early fall, they reviewed, discussed and identified the areas in which the most feedback was received. Since then, the task force has been hard at work addressing the questions asked in those areas in the hope of providing answers when the mission strategy is launched during the Special Convention in March.

The task force members are not the only ones with work to do before March. As the first part of the 206th Annual Convention drew to a close on November 20, the next steps for congregations to take between now and March were shared.

We’ve said from the beginning the mission strategy of the Diocese of North Carolina belongs to us all because it is not a first step—it’s the next step in the journey we are taking together toward Becoming Beloved Community. It is not a starting point—it is building on the work already happening in churches across the Diocese. It is not a standalone plan—it is an ever-expanding ripple effect as the work that began in congregations grows beyond church doors and into surrounding communities and the wider world. 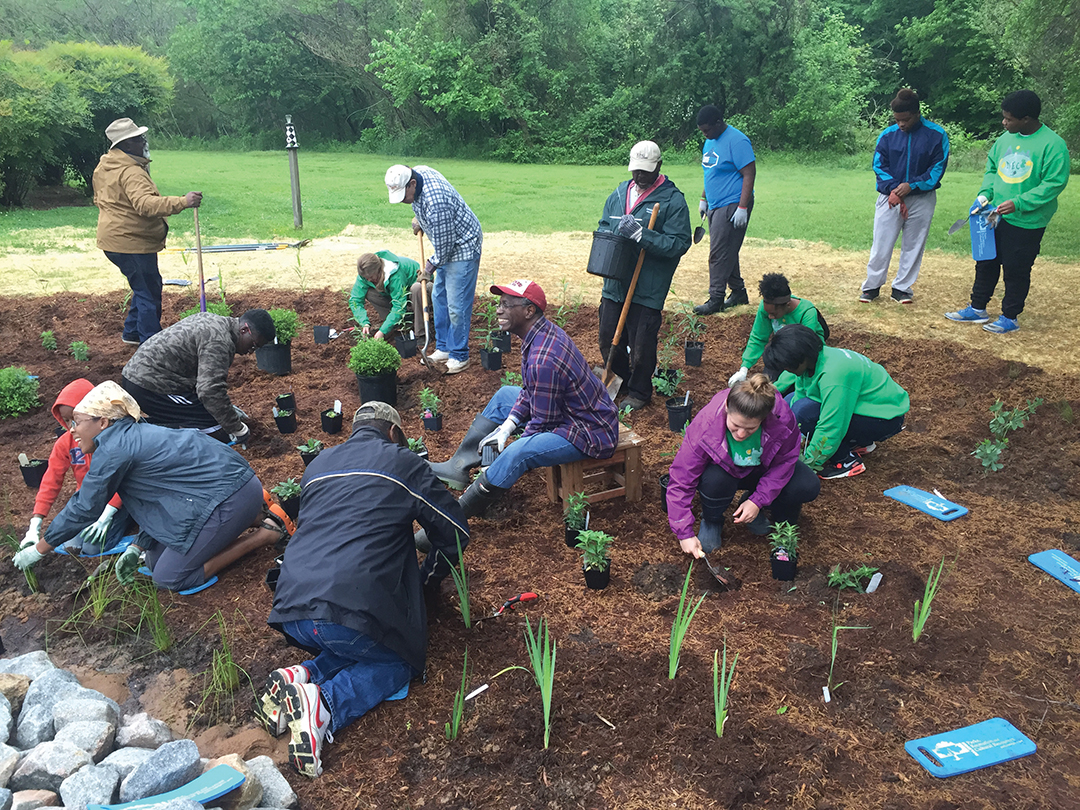 The March Special Convention is being designed as an interactive experience, and every church will get more out of it by taking some next steps to get ready. First and foremost, if you haven’t already, take some time to acquaint yourself with the mission strategy to date. You can find the video to watch either all at once or one priority at a time at episdionc.org/mission-strategy.

Next, build a snapshot of where you are today. Take some time to sit down together as a congregation and look at where you are in your own work. What work are you doing? What ministries do you offer? Of what partnerships are you a part? What are the strengths and characteristics of your congregation in which you take pride?

As you do that, take a look at the diocesan mission priorities on which the mission strategy is built:

Which priority or priorities are connected to your work? Do you see a different priority in different areas of work and ministry? Do you see more than one? If you do, how and where do they intersect? 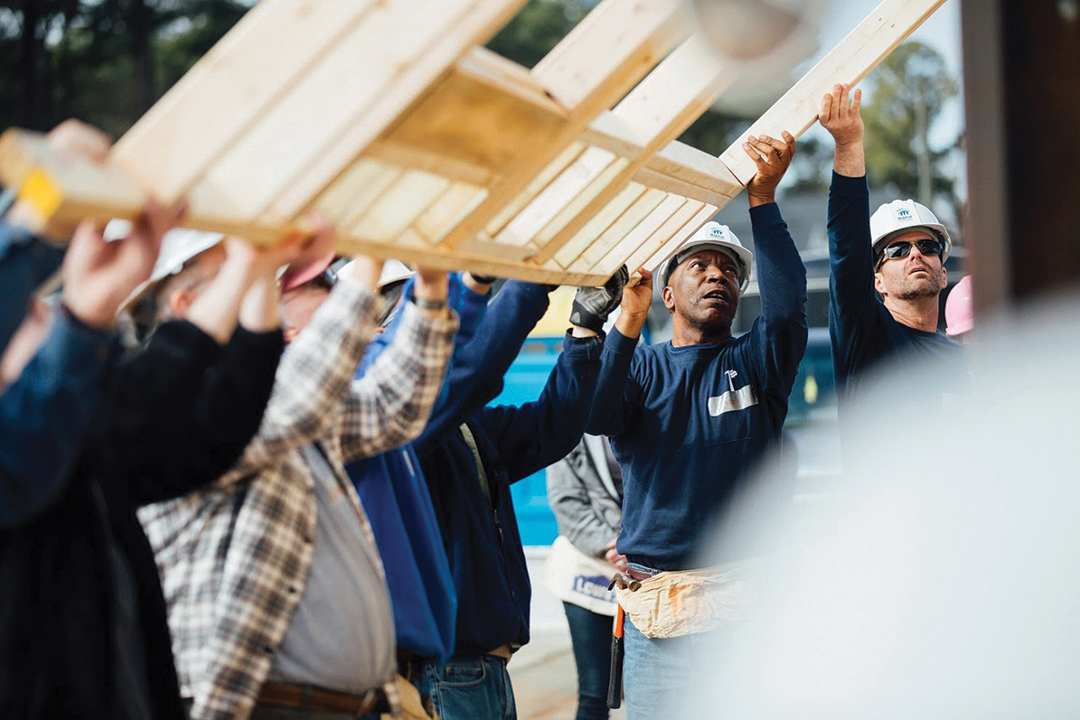 As you build your snapshot, remember one very important thing: you do not have to do it all. Though our diocesan priorities and the mission strategy goals have natural intersection points, “doing it all” has never been the point, nor is it the goal as we move forward. Our goal is to work together toward Becoming Beloved Community, and every contribution, whether big or small, takes us one step closer. So as you look at how your work is reflected in the mission priorities, we can’t say it enough: This is not about doing it all. It is about finding the place or places calling to you. You don’t have to do everything—you just have to find that one thing God is calling you to do and start there.

You may find you’re already there and are ready to do more, and that’s where we are asking you to focus between now and March. As you build the picture of where you are, keep going back to the priority areas of the mission strategy. Find yourself in them and picture where else you want to go, whether it’s deeper into work already happening or expanding into something new.

Because wherever you are, you are already part of the mission strategy. As we work toward March, remember that, celebrate it and dream about what comes next. There will be no task list. There will be no directive. There will be excitement, support, guidance and resources. Because you are the force behind the work that will happen—that is already happening in every diocesan church and community. You discern the call of the work your church does in the world. You are the energy that takes that call and makes a difference. You are the Diocese of North Carolina, and together we will follow and fulfill our mission of Becoming Beloved Community.

Christine McTaggart is the communications director of the Diocese of North Carolina.