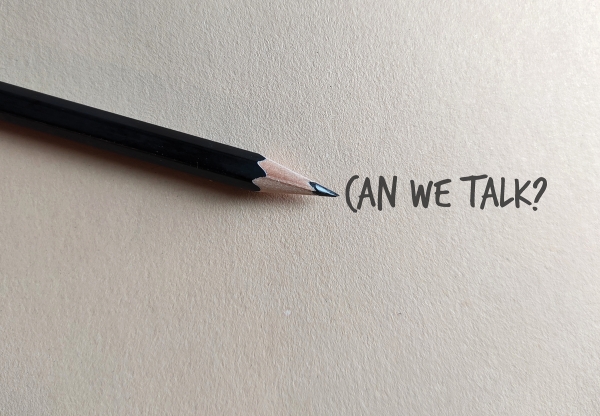 By the Rev. Nathan Kirkpatrick


His was an increasingly urgent question. His parents lived eight states and a three-hour flight away, and their health was declining. As an only child, he wanted to do what he could to support them. The geography of their relationship was a significant complication, though. They needed to move to him, he needed to move to them, or they needed to find a third place where they all could relocate. But which path should son and parents take?

The young couple had never really imagined that they would have biological children, but now they were seriously considering adopting the two foster children who lived with them. With their limited resources, adopting those children effectively meant closing the door on biological children. Was that their calling as a couple? How would they know?

The bequest was the largest the church had ever received, truly a transformational gift. The letter accompanying the check said only that the money was to be used where it could do the most good, which was not a terribly helpful directive. The vestry was of at least four different minds about what that meant for how to use the money. The rector also had ideas. The only thing on which everyone agreed was that they did not want to squander it; they wanted to steward the gift faithfully and well. But what would that mean in their church, in their community, at this moment in their life together?

These are not hypothetical situations. No, these are the people and situations that have taught me more than anything else about discernment because each of these situations has complicated my understanding of what discernment is. Previously, when I would use the word discernment, I often meant it as a synonym either for decision-making or career planning. Wrap a little bit of prayer around an ordinary decision, do the same with vocation, and, voila, we have ourselves some good discernment!

Instead, from these situations I’ve learned lessons that I offer to you for your own discernment practice.

First, faithful discernment prevents us from collapsing the most meaningful questions of our lives into simple choices to be made. Take the son and his parents, for example. They could have approached the question of geography as a problem to be solved rationally. What’s the job market for the son here, there and nationwide? What resources do any of them have for relocating? Who can weather the disruption in their lives with the least hardship?

Yet, as they held the questions of geography and relationship together, I watched as they began to ask a different, deeper set of questions. What does support look like for these parents as they age? What support do they want and need? What do they not want in this stage of life? What support systems need to be in place so that the son can feel that his parents are well cared for? Perhaps, most importantly, they started asking each other, “How do we love each other well to and through the end of our lives?”

The consultant and author Susan Beaumont reminds us that discernment is not about how well we can think through something. Discernment is about a deeper knowing and naming. It is not about making a decision but more about gaining clarity about the questions we actually are asking. It is as much about the values and visions that shape our lives as it is about what to do in a particular moment. The son and parents had more complicated and poignant conversations as they imagined what their future would look like. In the end, they moved closer to each other not just geographically but spiritually and emotionally. That’s good discernment.

The second thing I’ve learned is discernment at its best is not an isolated activity. We do not do it alone. Even the most personal questions of our lives have communal meaning and importance. Thus, we need the wisdom of community as we wrestle with our own lives.

That young couple wrestling with adopting foster children had learned from Parker Palmer’s writings about a Quaker practice called the Clearness Committee. In a Clearness Committee, an individual or a couple invites people they know to sit with them through a structured process of collaborative discernment that generally lasts about two hours.

The individual or couple begins the committee process by offering a 10-minute background to the question before them. Then the members of the committee take turns asking the individual or couple open, honest questions. The fact that these questions are open and honest matters. They are not closed questions that can be answered with a simple yes or no; instead, these questions are meant to open vistas and show horizons that the person or persons never may have considered. They are also honest questions—questions of curiosity and wonder, questions inviting reflection and introspection. They are not questions that are really asking answers or giving advice. (“Have you read this book?” “What does your therapist say?” “Have you thought about…?”). Throughout the period of questions, there is also intentional space for silence and Spirit to breathe into the room. This is discovery, not decision-making. After 90 minutes, the committee members have an opportunity to “mirror” back to the individual or couple what they have heard from them either by quoting them directly or by noting their body language as they spoke. The whole process ends with the committee offering words of affirmation but not direction.

While double confidentiality precludes me from describing the outcome of their particular Clearness Committee, I can say that it was a gift to watch what transpired when a community came together to create space for those young people to discern intently, gracefully and collaboratively. Somehow, across those two hours, their discernment was ours and our questions were theirs.

The practice of the Clearness Committee reminds us that we need each other to help us find our way, that even the most personal of questions are ultimately not private. We belong to each other, and our discernment does, too.

Next, to practice discernment is to commit to slow work. Many of us have been schooled in workplace cultures that function in a decision-making mode where efficiency and expedience are guiding values. How quickly can we move forward? How soon can we end debate and discussion? Can we just get on with it, whatever it may be?

Practicing discernment, on the other hand, is a witness that wisdom and clarity are gifts that emerge over time. Rushing discernment is to fail in its practice. Rather, in discernment, we hold space for more ideas and more voices to join the conversation. We listen deeply to one another and to the Spirit. We find ourselves surprised that was previously out of view becomes possible.

As the vestry deliberated what to do about that congregation’s significant bequest, different opinions became opposing sides, and the conversation teetered on the edge of becoming a zero-sum game, a winner-take-all contest. The rector and the wardens saw what was happening—the prospect not just of disagreement within the vestry but of a longer lasting division within the church. So they made the decision to slow down everything. They took the question of the bequest off the vestry’s agenda for months, and tempers cooled. They started conversations with their neighbors, municipal leaders and nonprofit partners about the real needs of the community and how the church could be a good neighbor. They talked about their own gifts and limits as a congregation. They talked about where they saw God at work and where they imagined God’s heart breaking. By the time they returned to the question of the bequest, the tone of the conversation had changed. They wondered together how much they could hope for within their community and within the world. As they talked, “do the most good” became a surprisingly clear imperative.

There’s a thread you follow. It goes among
things that change. But it doesn’t change.
People wonder about what you are pursuing.
You have to explain about the thread.

Ultimately, discernment is a practice of paying attention to that thread, the throughline of your life or your congregation’s life together. It is a way of noticing and naming what’s happening in our lives, homes, neighborhoods, communities, churches and the wider world, then reflecting upon what we’ve observed through the perspective of faith and hope. It’s not complicated to do; there’s no one right tool or technique for doing it. But it is a practice, and we get better at it only when we commit to it.

The Rev. Nathan Kirkpatrick is the associate rector at Advocate, Chapel Hill, and a principal consultant at Saison Consulting.