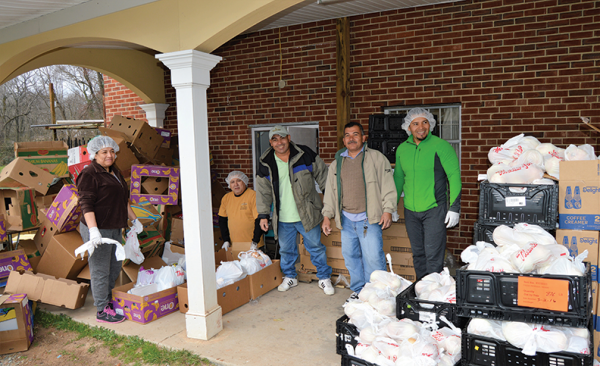 The vitality and health of this thriving congregation would be impressive under any circumstances, but what makes it truly remarkable in the case of El Buen Pastor is that they have done it all — and continue to grow — without the leadership of a permanent rector.

The leadership is made up of 13 vestry members, six of whom are wardens — three junior and three senior. Vestry terms have been kept flexible throughout the transition in order to maximize the leadership experience, but soon-to-be-implemented bylaws will regulate them moving forward. But the rotating terms will not be filled by volunteers who are subsequently left to fend for themselves. The current vestry is already working to identify and train leaders within the church in an effort to prepare them for an increased role so when the time comes, they, too, can continue to build upon what’s already in progress.

There is a lot on which to build. El Buen Pastor is a church well-known in the Durham community, a reputation that’s been honestly and organically earned through both intentional outreach and a consistent, genuine expression of welcome. The community has watched the changes made over the last 10 years, and they have been invited to be a part of them at every turn, regardless of whether neighbors were members of the congregation. 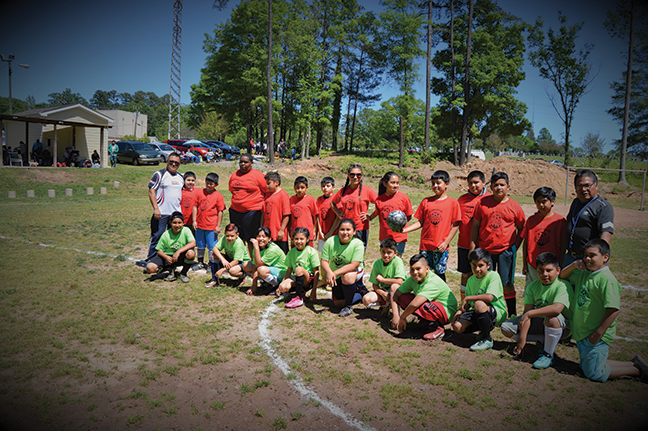 Church soccer fields became a community fixture and home to neighborhood kids and a local soccer league. A Noah’s Ark addition to enhance the church playground welcomed children of all faiths. A hungry stranger’s request for food became a pantry assisting 150 families every month.

“Whatever is needed, people put hands on it and get it done,” said Ingrid Nunez, a member of the El Buen Pastor vestry. “People never say no. They decide to share their gifts. Sometimes they feel shy, but [John] is good at motivation, and sometimes people don’t know the gifts they have until you say ‘please’ and they come.”

The list goes on and on. An observation by Nunez as she volunteered at the local courthouse led to a program that allows those sentenced to community service to do their hours at El Buen Pastor, precluding the need for a custodian or sexton. Vestry member Jesus Lopez learned to play the guitar when music was needed, and he now leads an all-volunteer choir at the Saturday night misa. He and fellow vestry member (and junior warden) Javier Romero recently pooled their skills to replace the ceiling in the sanctuary.

Heinemeier has been known to conduct funerals for nonmember neighbors in the community at no charge, and the congregation ensures whatever collection is offered at the service goes to the family. English as a Second Language classes are getting a boost this fall when the program will welcome instructors from Durham Tech, and the building is open to community Alcoholic Anonymous meetings.

The church serves as a resource hub for those confronted with immigration issues. If someone is arrested on an immigration-related charge, leaders at El Buen Pastor work to connect him with resources such as member Bailey Farrin, a lawyer who works almost every Sunday with those needing immigration assistance. Members also offer transportation and accompaniment to court dates, plus character testimony.

“One of the things that has kept the momentum going here is the congregation was and is ready to work,” said Heinemeier. “They didn’t need or want a ‘relaxation time.’ They wanted to work. They needed to keep going, to keep their ministries vital and responsive to the community.”

During its transition, the leadership started with a focus on the existing and basic needs of the church. By ensuring those were fulfilled, they were then able to start planning and outlining expansion possibilities.

As they explored ways to make their dreams a reality, they, like so many other congregations whose hearts want only to minster, found familiar obstacles creating challenges, especially when it came to finances. They are a financially independent congregation, but as so often happens, dollars sometimes run short when it comes to outreach support.

“This congregation has more readiness for ministry than it has money to support it,” said Heinemeier. “In many areas, they’re ready to go, but lack finances or resources.”

Enter The Episcopal Church. In late 2016, El Buen Pastor was named a Jubilee Ministry, meaning it is now a designated center recognized for its work to “empower the poor and oppressed in [its] community by providing direct services such as food, shelter and healthcare, and also by advocating for human rights.”

“I knew of this Jubilee opportunity,” said Heinemeier. “So we applied for it. Mauricio Chavez will be its administrator, and before the spring is over, we’ll be writing proposals for specific ministries including our food program, ESL programming, work with immigration and membership in Durham CAN,” a nonprofit organization that works to organize Durham communities and develop local leadership.

In speaking with El Buen Pastor’s leadership, it’s clear that while they anxiously await the arrival of Ramos-Huerta, a prayer that was recently and joyously answered with the news he has finally been approved for travel to North Carolina, two other things are abundantly clear. One, no one at the church has any intention of allowing the momentum built over the last decade to slow in the least.

“I want to see us continue to grow,” said Victor Orellana, vestry member and senior warden. “I want us to grow in spirit and in numbers.”

Nunez and Lopez agree; both cite a bigger building as an item on the wish list, especially since the current site is on a flood plain that routinely floods the church. “The congregation has grown,” said Lopez. “I see how it’s grown, in different ways. Sometimes I look around and think our building is too small!”

“We want to have more programs that will reach and engage our youth,” added Nunez.

The other thing that is clear to all who visit is what is at the heart of all things at El Buen Pastor.

“It’s nice to come in to a Mass and pray, but that’s not really living the Gospel,” said Chavez. “We have to live the Gospel and share it with people.”

“When people first come,” said Orellano, “they feel welcome. They feel like they’re coming home. When we welcome them in, we’re welcoming them in to our home and family. They feel this is a good place, and they feel the Gospel.”

At the end of the day, the congregation of El Buen Pastor has faced just about every challenge familiar to diocesan churches. But they simply refuse to allow any of those challenges to become permanent obstacles in their calling to live the Gospel.

“We have to find Jesus in our hearts because Jesus lives in us,” said Nunez. “[So] keep an open mind. Believe you will find what you need. When we ask, people always come through.”

“Even in hard situations, we work together,” added Orellana. “That gives me a feeling of pride in this community. Sometimes hard situations make people walk away, but we’re like a team, and we work as a community. That’s why sometimes when I pull in to the parking lot, I feel like I’ve come home.”