Disciple: Respecting the Dignity of Every Human Being 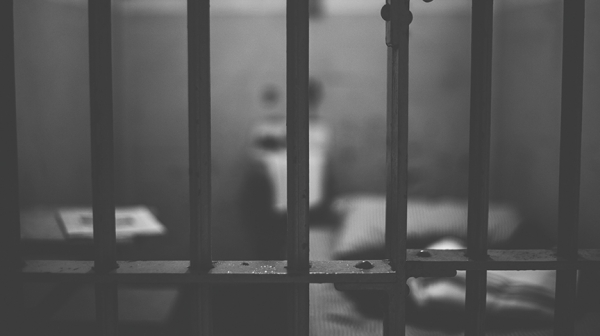 In pretrial release practices, not all are created equal

By the Rev. Monnie Riggin

Resolved, the 203rd Annual Convention of the Diocese of North Carolina supports actions to reform, and commits to examine, current judicial pretrial-release procedures within our own state. The consideration of current pretrial release practices will be conducted in partnership with organizations currently engaged in the study of the money-bail system and steps will be taken in support of needed reforms. Pretrial-release practices will be considered for consistency with the teachings of Jesus concerning the equitable treatment of all people. Further, this consideration of the money-bail system of pretrial release is in keeping with the mandate of our baptismal covenant to strive for justice and peace among all people, and respect the dignity of every human being.

- Act 2018-12, On examining the need for bail reform within the criminal justice system

Of all the resolutions proposed at the 203rd Annual Convention in November 2018, the proposal to examine and support the need for bail reform within the criminal justice system drew the most emotional response, both during and after Convention. Bail reform is not the most-discussed topic in diocesan conversations, but its current status is as indicative of injustice and prejudice as any other social issue one can name.

When charged with a crime, bail is the amount of money a defendant pays to get out of jail until his or her trial date. Sometimes this release is reached via the use of bail bonds, where an established portion of the defendant’s bail is posted by another, usually a bail bond agency, with the promise the defendant will appear on the court date. It sounds like a reasonable system, one in which defendants are given the chance to remain out of jail as cases are resolved and fairness applies to all.

It’s a great theory, but as seen in many systems, fairness in theory is not applied as well in practice. The bail bond, or “money bond” system is no different. And unfortunately, as seen in so many systems, it’s the poor and underserved who suffer the injustice.

Though receiving attention and effort in the Diocese of North Carolina, the need for reform of the current process of pretrial release is certainly not confined to North Carolina. Its effects are felt on a national scale, and many city and state governments continue to grapple with the social consequences of a pretrial release process skewed in favor of those with resources.


REFUSING TO FORSAKE THEM

Andréa “Muffin” Hudson is an activist, abolitionist and freedom fighter who fights for people’s rights in and out of the courtroom, specifically people who have been criminalized by the judicial system. She is the director of Durham’s Participatory Defense Hub, director of the North Carolina Community Bail Fund of Durham and a member of the Human Relations Commission in Durham. As an organizer, Hudson is a core member of All of Us or None NC and a member of the National Council for Incarcerated and Formerly Incarcerated Women and Girls.

Her approach to the bail bond system is holistic. She believes in helping people participate in their defenses: treating each as a person and not just a case file. Her work includes wrap-around services to address the needs of the person: housing, food, jobs and difference-making details down to getting hair done for court by folks who have donated in-kind services. She is a tireless supporter of the unfairly incarcerated. She court watches, posts bonds, sends emails and texts to remind people of their court date and time, provides transportation to and from court, and listens, inside and outside of the courtroom.

Hudson is one of many people and organizations deeply entrenched in the work of providing guidance and material support to disadvantaged citizens in North Carolina, and these efforts are making a difference. To date, her organization alone has advocated for more than $700,000 in unsecured bonds, paid eight secured bonds, monitored hundreds of court cases, and diverted more than 1,000 days of pretrial incarceration.

She is not alone in recognizing the need to support those with fewer means trying to navigate the justice system. In 2018, the Philadelphia Eagles bailed nine people out of jail the day before Thanksgiving. “We recognize that the only reason these people were in jail is because they couldn’t afford to get out. If any of them had the resources I did, they would be out,” Eagles safety Malcolm Jenkins told ESPN. “So it’s not a matter of public safety or being convicted of a crime, which they haven’t yet, it’s just they’re simply too poor for their freedom.” “The cash bail system punishes poverty and nothing else,” Jenkins told the local CBS affiliate. “Incarceration is not working.”

Money bond is all about ensuring that the person charged appears in court, nothing more. Those who have money are released. Those who are poor, and unfortunately disproportionately people of color, sit in jail until their cases go to trial. That’s why it’s not unusual to see people taking a plea deal even when they are not guilty, just to get out so they can be with their children, continue their jobs and try to save the life they had before they were arrested. Studies consistently show that people held in jail for long periods of time will plead guilty to crimes they did not commit to secure their freedom. This frequently ends up with these persons receiving active sentences in state correction systems.

Current North Carolina law favors release of defendants pending the resolution of charges. It is a law we could live with if it were applied appropriately. The primary concerns for deciding the terms of pretrial release are the right of due process of law (Sixth Amendment of the U.S. Constitution); ensuring the person appears in court; and protecting victims, witnesses and the community from further threat of danger.

In North Carolina, five options can be imposed:

Though we like to believe in the comfort of “innocent until proven guilty,” the reality is more often than not, when a person is arrested and brought before the legal system, a bond table is consulted for specific charges, and that bond must be paid in cash before the person is released. That’s where the unfairness and tragedy begin.

The 203rd Annual Convention of the Episcopal Diocese of North Carolina unanimously adopted Substitute Resolution 203.12 in November 2018. This resolution addresses the need for money bail reform as a component of the process of pretrial release within the criminal justice system in North Carolina. If the imbalance and injustice of the system is not enough to move us to action, like all issues of injustice, we must respond to this as part of our baptismal covenant to strive for justice and peace among all people, and to respect the dignity of every human being.

The first step in answering the call is to educate ourselves on this issue. To that end, a small group within the Diocese of North Carolina is working on resources to help our parishes to begin study and discussion around this critically important issue. The people who impose these unfair practices upon our most vulnerable are elected officials, and so it is important to understand the decisions being made and ensure our voices are heard. As with so many things, what happens to one happens to us all, and this issue is no different. Even if arrest and pretrial release is not a personal experience, knowing its process helps some and harms others diminishes us all.

To learn more about this issue or the work of the Bishop’s Committee on Prison Ministry, visit the webpage.

The Rev. Monnie Riggan is the co-chair of the Bishop’s Committee on Racial Justice and Reconciliation. The Rev. Mark Davidson and the Rev. Sallie Simpson also contributed to this article.