global pandemic is a challenging time to begin a new ministry.

Yet, on June 1, 2020, the Rev. Amanda Bourne, Mawethu Ncaca and the Rev. Philip Zoutendam started their ministries as the first curates in the Diocese of North Carolina’s Reimagining Curacies initiative. The three are serving their first year in the program at Chapel of the Cross, Chapel Hill; St. John’s, Wake Forest; and St. Titus’, Durham, respectively. All three will spend one year in each congregation as part of the initiative.

Their arrival in these congregations was the culmination of more than two years of work for many of us in the diocese.

In spring 2018, Indianapolis-based Lilly Endowment, Inc., announced a significant new grant initiative entitled “Thriving in Ministry,” which would provide $70 million in grants to organizations and institutions working to support and sustain clergy across a lifetime in ministry. Informed by research conducted by Dr. Matt Bloom at the University of Notre Dame, each grant award was intended to help clergy flourish in their vocations.

The need for such a program was evident. Surveys of clergy have repeatedly found that, while most of us are deeply fulfilled in and through our work, the pressures of ministry take a significant toll physically, emotionally and spiritually. Several studies have shown that clergy as a group are less healthy than the population as a whole and have higher rates of moderate-to-severe anxiety and depression. Researchers have spent years studying why clergy experience higher rates of burnout and early departure from ministry than our peers in other professions.

In the Diocese of North Carolina, a small group came together at the invitation of the Rt. Rev. Sam Rodman to dream how we might support clergy here. 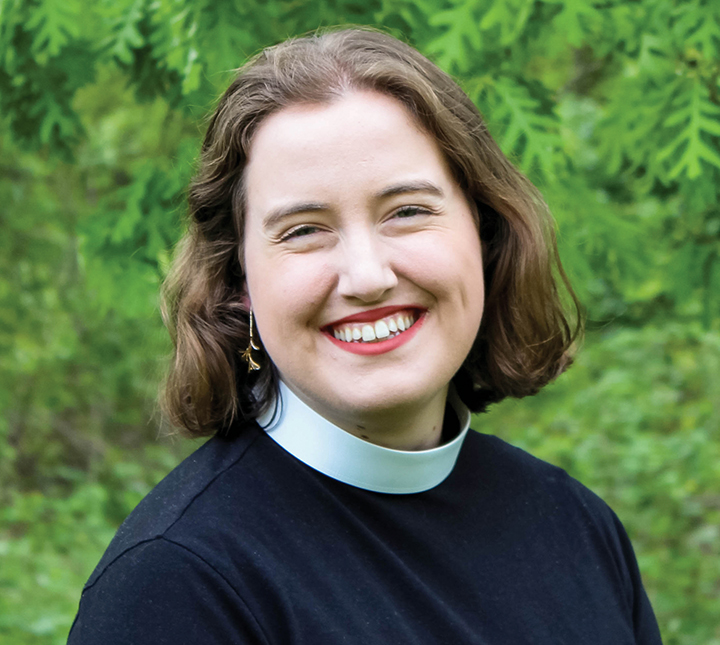 Meet the Curate: Amanda Bourne
“I love to read and research, and I’ve really enjoyed the opportunity to teach. I’ve led a couple of Bible studies, and it’s been great to learn about how to ask questions that will allow conversation and when to sit back and not say anything.”

The imagination behind the proposal was to work with clergy in the first years of ministry, that pivotal time when new clerics are finding their identity as priests while also translating the lessons of their theological education into the day-to-day practice of ministry. We wanted these new clergy to be a part of a cohort, a mutually supporting colleague group that would learn together what it means to be in ministry today.

At the same time, we wanted to offer these new clergy the opportunity to immerse themselves in the breadth and nuance of congregational ministry as found in the Diocese. We knew that the curates’ learning, growth and development would be enriched if they were to serve in congregations that differed in size, liturgical preference, racial and ethnic composition, community context and missional focus. One of the gifts of our diocese is we have such diverse congregations in close geographic proximity to one another.

As that initial small group continued in conversation with each other, a shape began to emerge for the program. We proposed having three new clerics serve one year in each of three churches in rotation. In imagining this, we knew the curates would have to be remarkable people. They would need to be deeply grounded spiritually to withstand the repeated transitions between parishes. They would also need to be adaptable, curious and willing to learn; they should have pioneering spirits. The congregations chosen for the initiative would need to be much the same—willing to love and support a new cleric fully but also able to let them go at the end of just one year together. They would need to be agile and open to the differing gifts that each curate would bring. The congregations would need to have leaders—lay and ordained—who could mentor the curates well.

In summer 2018, the Diocese received word our proposal was one of 78 funded as part of Thriving in Ministry. 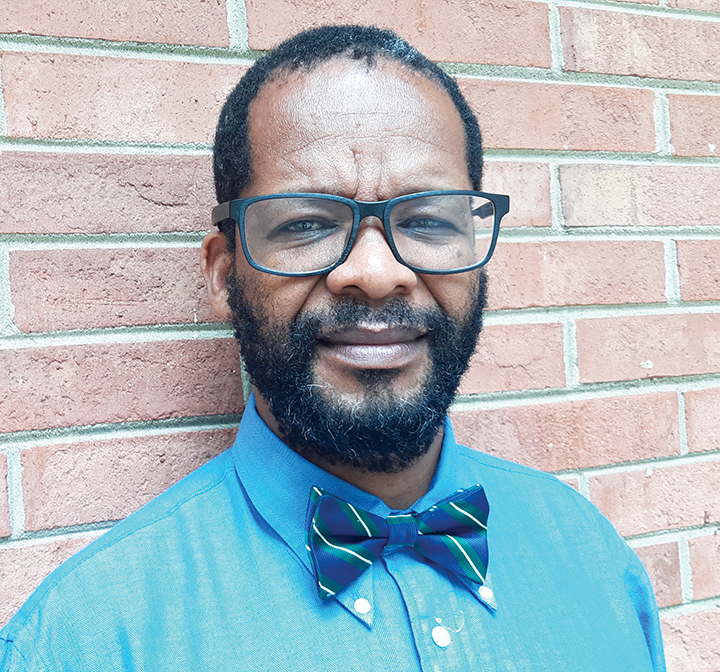 Meet the Curate: Mawethu Ncaca
“If things were the way they were before, people are going to tell you what to do – this is what we’re doing and how we’re doing it. Now there’s a sense of openness, a ‘let’s try it and if it doesn’t work, it doesn’t work.’ That’s the spirit I’m finding, and I [hope] we will hold to it for a long time.”

Of course, the program was designed with a vision of the curates serving in person at their parishes, meeting, embracing and developing relationships with clergy and congregants alike. Never in all of our work and planning did it occur to us that in reimagining the approach to curacies, the curates would live a reality that required them to reimagine the role they’d accepted before they even started.

But that is exactly what they, and the parishes they serve, have had to do. By the time Bourne, Ncaca and Zoutendam began their calls on June 1, the world was deep in pandemic, cut off from in-person interactions and changing the way we all live and work.

They didn’t miss a step. Acknowledging the challenges the new landscape presented, in a recent conversation, all three shared the unexpected discoveries and opportunities their re-reimagined curacies have revealed.

“As a curate, I expected to walk into a structure very much set in stone,” said Bourne. But instead she finds herself helping to shape a new future. “One of the gifts has been the ability to partake in long-term strategy for the parish,” she said. “To be part of those kind of sessions, this breaking new ground, is a new experience.”

Zoutendam is experiencing a similar parallel, noting the pandemic has slowed long-term planning for everyone, at least in the traditional sense. But he’s discovered a different way to look at it. “When I find myself thinking about how things may take shape,” he said, “I can think in the short-term or in a more generational time frame. How do we want the church to take shape in the next 10 or 20 years? The things we’re learning [now] and the way the world is changing will affect and call us to be in a new shape in 20 years.” 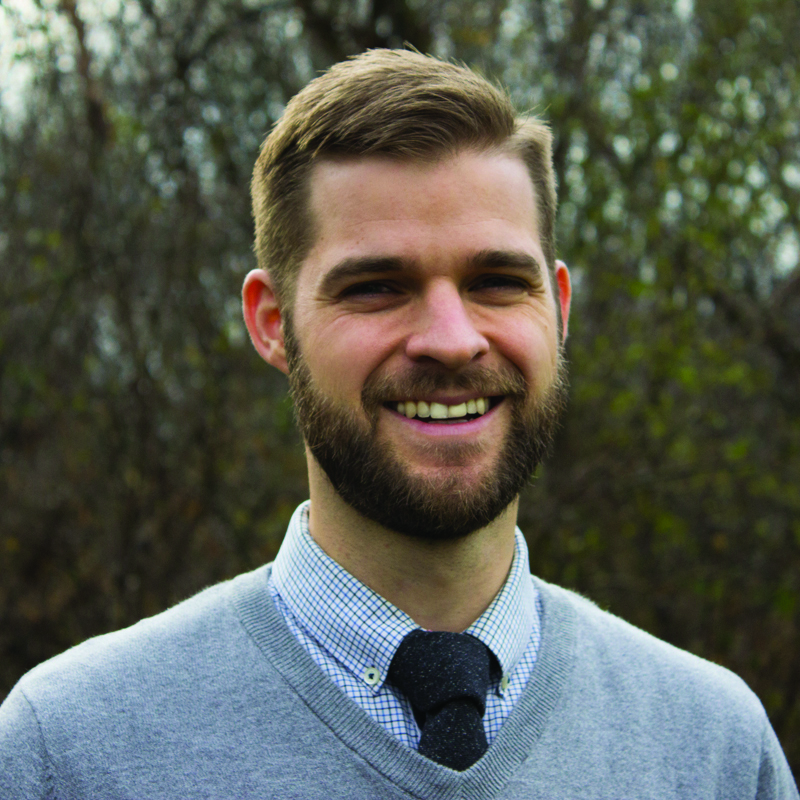 Meet the Curate: Philip Zoutendam
“The move to mostly online worship comes with frustrations, but I’ve been surprised and heartened and encouraged by the sustained level of engagement at St. Titus’, and we’re starting to find and form rhythms, even in this new and unpredictable world.”

Ncaca has discovered an online world can create connections as real as any in-person encounter. “I was never taught to preach in an empty church, but now I find myself in front of a camera, preaching alone,” he said. “It’s the new virtual reality, but people are there. They’re engaging with you. It’s been a new learning, but I’ve managed to connect with people in a real way, in a true sense.”

The Diocese is fortunate to have their gifts among us. The openness and willingness of the curates to adapt to the environments they expected to find is creating a way of thinking that will undoubtedly explore new horizons we can’t yet see. We are also grateful to have the remarkable pilot congregations helping to guide these journeys with such talented clergy mentors as the Rev. Elizabeth Marie Melchionna, the Rev. Sarah Phelps and the Rev. Stephanie Yancy, along with so many gifted lay people.

With all we hope the curates will learn during their time in this program, it’s clear we, too, will be learning with and from them as we continue imagining and reimagining what mission and ministry may look like in the future.

You can continue to follow the journeys of the Rev. Amanda Bourne, Mawethu Ncaca and the Rev. Philip Zoutendam at reimaginingcuracies.org, including a recent conversation about their journey so far.

The Rev. Nathan Kirkpatrick is the managing director at Alban at Duke Divinity School.