If you are not sure who to contact with a question for the congregational support team, find your church's point person (canon, missioner or bishop) below. If they are unable to assist you, they will direct you to another diocesan staff person who is able to assist. 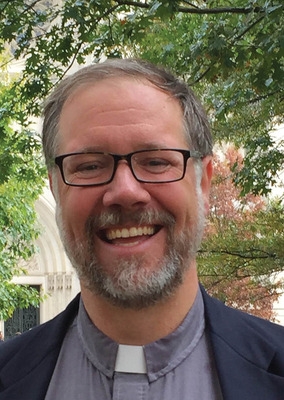 Canon Graham serves as a regional canon located in the Greensboro and Winston-Salem convocations.

Prior to attending seminary, Canon Graham worked as a graphic artist in advertising as well as an illustrator. He comes to the Diocese from the Episcopal Diocese of Southern Virginia where he served as interim rector of Hickory Neck Episcopal Church in Toano, Virginia, and rector of St. Matthew's in Chesterfield, Virginia.

Ordained in 2001, Canon Graham’s service to the church began long before he entered Virginia Theological Seminary. While a lay member at St. Mark’s Episcopal Church in Casper, Wyoming, he chaired committees and directed ministries, he led youth programs and served as a vestry member, acolyte, LEM and hospital visitor. His call deepened, leading him to VTS in 1998; he remained in Virginia following his ordination.

In his free time, Canon Graham continues to practice art, creating comic book translations of the Bible; he is currently at work on selections of the Psalms.


The Rev. Dr. Sally French serves as the canon for east regional ministry and collaborative innovation for the Diocese of North Carolina. In her role as regional canon, she is part of a team of missioners and canons dedicated to increasing the vitality and impact of congregational development initiatives at the local, regional and diocesan levels. Sally’s work focuses on the Raleigh, Durham and Rocky Mount convocations of the Diocese.

Originally ordained in the Anglican Church of Canada, Sally has served congregations in Edmonton, New York, Central New York and North Carolina. She has served internationally in Jerusalem (St. George’s College) and West Africa (Diocese of Guinea). Her B.A. (economics and history) and M.Div. are both from Trinity College in the University of Toronto and her D.Min. is from Virginia Theological Seminary. Prior to joining the bishop’s staff, Sally served on the Standing Committee of the Diocese, including a term as president. She is married to Clarke French, the rector of Church of the Holy Family, Chapel Hill, and they have two children, Jack (15) and Elizabeth (10).
Sally’s interests include pilgrimage and leadership development. She is the author of “Hearts Set on Pilgrimage: A Guide for Individuals and Groups” (Church Publishing, Inc, forthcoming October 2021) and is interested in the ways that formation and spiritual practices can inform and enhance clergy and lay leadership. She has advanced level certification in interim ministry and has served to support transition in congregations and in a previous diocese, as a diocesan consultant for transition. Sally brings skills in change management, project development and congregational support and looks forward to connecting with lay members and clergy in the communities of the East Region. 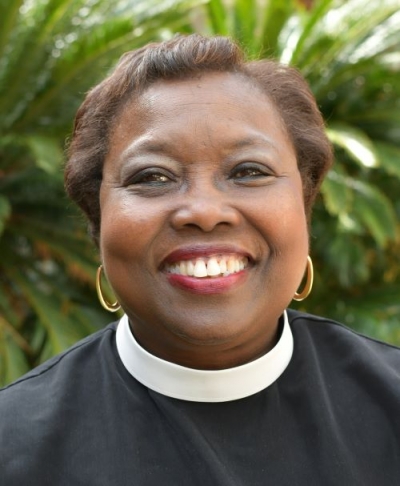