There are two different roles at a sponsoring congregation for a person discerning a call as a vocational deacon. After approval by the presbyter (priest), a Parish Discernment Committee (PDC) is assembled to deepen the discernment. This is an intensive, supportive, confidential and time-limited assignment. The vestry has a subsequent, ongoing support/evaluation role as follows. According to Canon III, 6, Sec. 2 of The Episcopal Church, the sponsoring parish/congregation of a Nominee to the diaconate commits the community to:

1. Pledge to contribute financially to that preparation, and

2. Involve itself in the Nominee’s preparation for ordination to the Diaconate.

Vestry must meet at least four times with the individual during their formation. See below.

Meeting # 1: Nomination (Nominee)
PDC convener and Nominee meet with Vestry. Before the Vestry meeting, the Sponsoring Presbyter gives the Vestry members the PDC report to read and the relevant section of the Church Canons (Canon III, 6) and any diocese-specific requirements.

The Vestry members talk with the Nominee about his/her discernment process and with the PDC convener about the PDC’s recommendation. The Vestry members discuss their responsibility required by the Church to support an individual toward ordination. If 2/3 of Vestry agrees to support the individual, they must sign a certificate to that effect.

The PDC report and a certificate of support from the Vestry [III.6.2(a)]* will accompany the Sponsoring Presbyter's letter of endorsement to the Bishop. This certificate is submitted to Bishop Suffragan’s office by June 1.

Meeting # 2: Internship (Intern)
At the conclusion of the internship, Interns must schedule a meeting with their Sponsoring Presbyter and Vestry to check in. The purpose is to reflect on their internship experience and on the completion and significance of other elements of this discernment phase, i.e., academic study and spiritual formation and confirm the Vestry’s commitment to support the individual. [Refer to
Canon III, 6, Sec. 2]

The Vestry reflects on their conversation with intern and reaffirms their commitment to support this individual. Include these comments in the meeting’s minutes. Future Vestry members will refer to these comments as the individual proceeds in the discernment/formation process.

Meeting # 3: Integration of personal history and formation in context of Clinical Pastoral Education (CPE)
During the Formation year the Postulant meets with the Commission on Ministry for Deacons (COM-D) and Standing Committee and, based on recommendations, the Bishop Suffragan confers Candidacy in May or June of that year. (Candidacy is required for a minimum of six months before ordination.)

The Vestry reflects on their conversation with Postulant and includes these comments in the meeting’s minutes. Future Vestry members will refer to these comments as the individual proceeds toward ordination. After discussion, at least two-thirds of vestry signs the certificate for candidacy. [III.6.4(a)(2)]

Following the Postulant’s meeting with Standing Committee, the Sponsoring Presbyter and Vestry will receive notification from the Bishop Suffragan of the Postulant’s acceptance as a Candidate.

Meeting # 4: Ordination (Candidate)
At the end of the Formation Program, the Candidate has a final meeting with Sponsoring Presbyter and Vestry. An Endorsement for Ordination [III.6.6(b)(2)] must be signed and dated by at least two-thirds of the Vestry and the Presbyter. This letter will be sent to the Bishop Suffragan who will give it (along with all of the supporting documentation) to the Standing Committee.

The Vestry reflects on their conversation with Candidate and includes these comments in the meeting’s minutes.

The vestry might ask the following questions of the Candidate to determine support for ordination:

At the end of this discussion, the Vestry answers the following question: In what ways do you envision and experience the Candidate as a Deacon in the Church? Based on discussion at least two-thirds of the Vestry and the Sponsoring Presbyter certify in writing their approval for candidacy. [III.6.6(b)(2)]

Finally, the candidate meets with the COM-D and Standing Committee and, if approved, is ordained in January (or when at least six months have passed since their approval for candidacy). 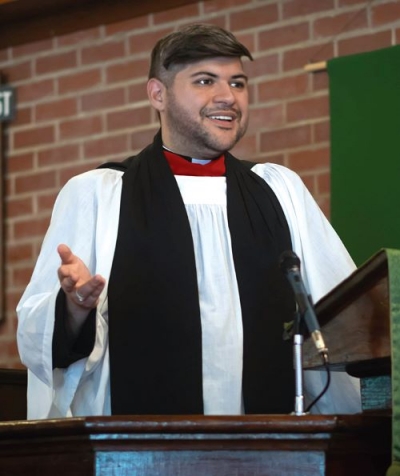 The Rev. Tabor previously served as vicar of St. Cyprian’s, a bilingual congregation in Oxford, North Carolina. He was educated at Elon University, Emory University and Virginia Theological Seminary. Originally from Efland, North Carolina, he has settled down close to home in Durham, where he lives with his husband. Theology, history, coffee, creative writing and good drag shows are just a few of the things keep him occupied in his spare and not-so-spare time. 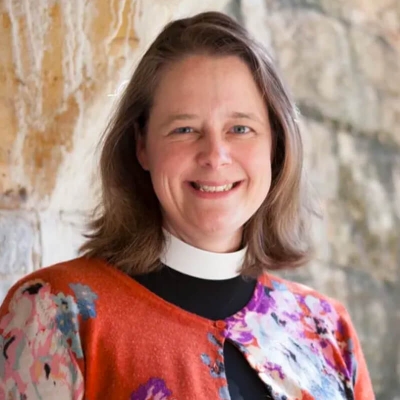 The Call to the Diaconate

Deacon Reflection: Are We Doing All We Can?

We need deacons in this diocese! Deacons of all shapes a...

Deacon Reflection: Going with the Holy Flow (Reframing Service During a Pandemic)

“Nobody told me there'd be days like these. Strang...

These are in deed trying times and probably times that w...

My name is Wendy Merrill, and I am a deacon serving at ...

Deacon Reflection: The Hands and Feet of God

I believe God started tapping me on the shoulder when I ...