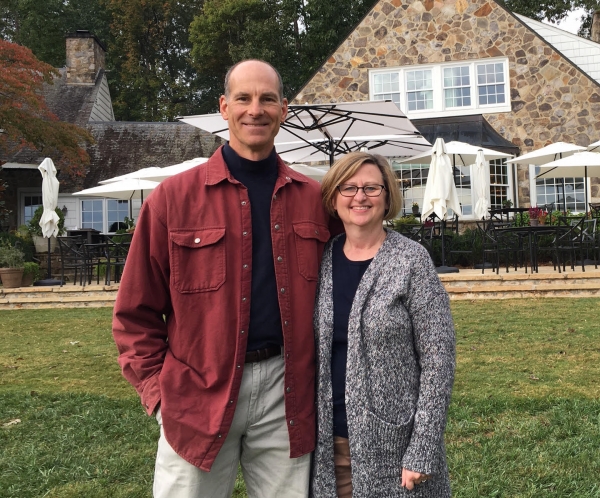 Like many parishes in the area, St. Andrew's is facing a number of issues it wanted to address. The first was that the church wanted to gain better control over its energy costs. There was growth in the parish size, an increase in the activities taking place throughout the week, and an increased demand on the facilities from outside groups using the church. The drawback was the church electric bill was rising, and Duke Power continues to raise its rates. The second was that as a steward of our earth’s resources, the parish wanted to be a better partner for our community and planet. Though the parish talked about being green and acting responsibly, were we really taking the necessary actions to have the desired impact? This was an obvious no.

Rather than continue to dream of a better world, the church decided to move forward with a plan that would make a visible example of our beliefs. I took the initiative and researched the solar panel technology, options and laws governing the placement of panels on a nonprofit entity, obtained quotes and interviewed more than a half-dozen customers in the southeast who have been using solar panels for their facilities. The junior wardens worked with the treasurer and Duke Power to coordinate its efforts. The junior wardens also gathered quotes for other areas of energy savings to consider. After meeting with vendors and collecting these cost estimates, the information was reviewed, financially scrutinized and ranked in a cost/benefit analysis. In the end, the interest and support of the vestry and parish as a whole centered around two actionable tasks.

The church reached out to Duke Energy about the LIME program that entailed having an analysis completed on the facility to identify where lighting and high demand energy draws were being made, such as the older A/C units. As a demand customer, Duke bases part of our monthly energy bill on the peak demand incurred during the monthly cycle, so the lower our peak demand, the lower the monthly bill will be. St. Andrew's choose to invest in this program and expects to realize a savings over the course of a 10-year period substantial enough to generate a positive cash flow.

During this same period of analysis, the church also requested quotes from several solar panel companies and reviewed whether they offered lease arrangements. Each company should provide a 20-25 year cash payback analysis. The church considered whether to purchase the system and, if a lease arrangement was offered, the value of the savings over time. The lease arrangement normally runs 10 years, and the useful life of the panel system runs 20-25 years. We included the cost of servicing the system and insurance when reviewing the analysis. The leadership felt the lease option was a better approach and was the option it chose. During this process, the vestry also wanted the input of the parish to ensure they had their backing to move forward.

Once the LIME program was complete, the church analyzed the savings from the reduction of its electric usage after three months. This ensured the solar power company designing the size of the system created one that was appropriate for the new and reduced energy demand of the church, and reduce the total cost of the solar panel system. During this process, an on-site inspection by the solar company was necessary to ensure the church receives sufficient sun to capture and generate the necessary energy for the panel system. There were adjustments during this phase of the analysis, but they were not problematic.

This process does take some time, and it is suggested that the process with Duke start as close as possible to the start of the new calendar year. Since there is a limited dollar rebate amount offered during the course of the year from Duke Power to nonprofits, once these are issued for the current year, Duke will not provide further cash credits until the next application year; this has a dramatic impact on the cash flow analysis that should be conducted. So timing your proposal submission is important and should be done as early as possible in the calendar year. Duke Power or your solar panel company can tell you the annual amount of KwH credits that will be set aside for nonprofits and how much is still available for the current year.

Next time you are in Greensboro and driving down Market Street, you may notice if you look carefully the solar panels that will be installed on the church in the early part of 2020. St. Andrew's is working for a greener tomorrow.

Chris Berger is the treasurer for St. Andrew's, Greensboro.