Disciple: The Power of Partnership 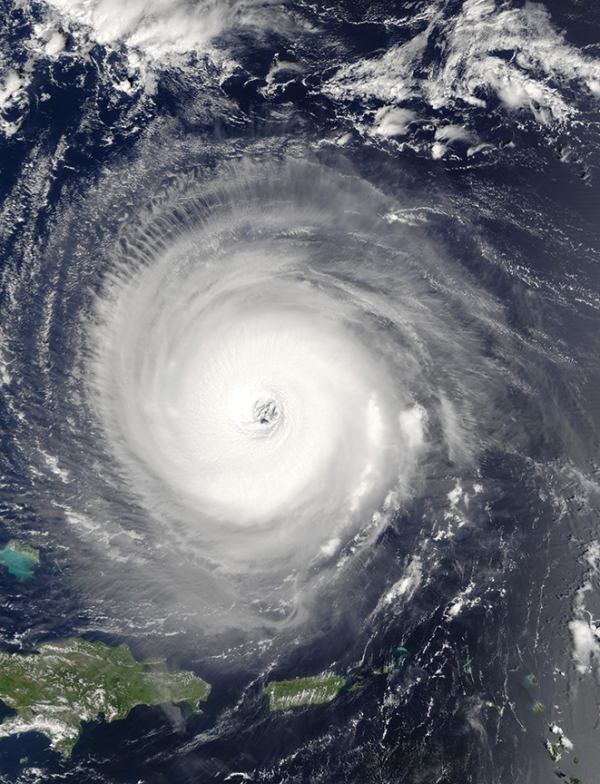 Lariza Garzon, the executive director of the Episcopal Farmworker Ministry (EFwM) near Dunn, North Carolina, had been in her new job only four days when Hurricane Florence, a Category 1 hurricane, made landfall at Wrightsville Beach on September 14, 2018. Dumping 20-to-30 inches of rain as it began to churn north over the region, Florence threatened to isolate thousands of immigrant farmworkers with flooding.

Fortunately, in the days before the storm’s arrival, Garzon and the staff at the ministry were in contact with numerous emergency management partners. One of them was Episcopal Relief and Development, the organization of The Episcopal Church that has for decades helped with the aftermath of disasters in the United States while fostering development projects internationally.

It was to Episcopal Relief and Development that Garzon directed part of her attention as EFwM anticipated the types of supplies—food, water, clothing and personal hygiene products—that would be needed by farmworkers stranded or displaced by floodwaters. It was understood both funds and supplies would be critical.

“I was basically trying to finish up the grant application to ERD before I lost power,” said Garzon, whose offices are located in Newton Grove, North Carolina. “As a result, we were able to access funding the day after the storm. We bought a ton of food and water and cleaning supplies that went to immediate use.”

This example is one of countless others that illustrate the power of collaboration and partnership. No one entity can stand alone in the aftermath of natural disasters, the frequency of which has increased in recent years. Episcopal Relief and Development is a leader in both disaster preparation and response, though they do not do the work alone. Instead, they take a collaborative and integrated approach to building partnerships, relationships and networks that come together to respond when help is needed.

Founded in 1940 as the Presiding Bishop’s Fund for World Relief (the PB Fund), its original mission was to assist refugees fleeing Europe during World War II. That mission quickly expanded to include humanitarian assistance with a focus on disaster relief. In the decades since, the PB Fund became Episcopal Relief and Development, and the organization’s efforts with disaster relief have continued as its work began on development projects to improve the lives of those living in impoverished areas.

From the start, the approach has been about partnerships and collaboration. As might be imagined, those relationships do not begin in the thick of the storm. Throughout the year, Episcopal Relief and Development works with dioceses across the country on preparedness training, regular conversations and the providing of resources. Relationships between Episcopal Relief and Development and individual dioceses are not the only ones built; regular regional calls and training sessions build networks across dioceses in regional areas as well.

The Diocese of North Carolina has long had a strong relationship with Episcopal Relief and Development, though it has deepened in recent years with the number of damaging storms and other weather events involving all three dioceses in the state.

Staff members of the Diocese of North Carolina have attended regional preparation training hosted by Episcopal Relief and Development and returned to implement resources, communications tools and protocols. In turn, everything learned has been introduced to diocesan parishes so they, too, can implement the practices to be ready to weather and respond to emergencies.

The result is a system that allows for thought and conversation when no emergency is present, for clear communication and preparation protocols when a storm is approaching, and resources to assist in the aftermath, many of which continue to be developed as additional lessons are learned.

All three phases were present as Hurricane Florence approached. Plans were developed to help parishes prepare using guidelines and information shared between Episcopal Relief and Development and dioceses during training gatherings and regular conference calls. It was established clearly and often how the Diocese would communicate with congregations and where the information could be found. In the days prior to the storm, the Diocese took part in daily calls with Episcopal Relief and Development and other dioceses in the path of the storm, a practice it replicated with the parishes within the Diocese.

“Every morning for about five days before the storm and another week after the storm, the day started with this call,” said the Rt. Rev. Anne Hodges-Copple, bishop suffragan of the Diocese of North Carolina. “Prior to the storm we talked about preparation and supplies. As soon as the storm hit, the calls were also about getting damage assessments. This communication, I think, was powerful in that while the storm could make affected areas feel isolated, they never felt alone.”

In many cases, funds and supplies are what are most immediately needed following a storm. The approach to providing these has changed in recent years from the traditional supply drive and delivery to the encouragement of raising funds to be used on site.

The people on the ground where a disaster strikes are the best ones to make decisions about supplies. “If you make a donation to Episcopal Relief and Development it goes directly to people in need,” said the Rev. Louise Anderson, deacon and diocesan liaison for Episcopal Relief and Development. “The organization partners with local food banks, the Red Cross and local churches—that’s how they get on the ground so quickly.”

The integrated approach helps to get supplies where they are needed much more quickly than traditional methods. “If you wait for donations of supplies from individuals, churches and other organizations,” said Garzon, “there is a lag time of a couple of weeks before it all gets put together.”

Episcopal Relief and Development also works with and through dioceses to offer affected areas emergency financial assistance to supplement other relief efforts. They are not funds that may be applied to building damage or other storm-incurred repair; rather, they are intended to help churches respond to their vulnerable neighbors in the surrounding community. The grants are designed to be applied for, granted and distributed quickly, all because of the network of partners ready to respond.


A COLLABORATION IN ACTION

Following Florence, it was clear the main body of the Diocese of North Carolina had largely been spared, so attention turned to supporting neighbors to the east. “We decided the best way for us to be on ground was to assist the farmworker ministry,” said Anderson.

Working quickly, Anderson, the Diocese, Episcopal Relief and Development and EFwM put together a plan for donation gathering and use, as well as a longer-term schedule allowing churches from across the state and beyond to partner with relief agencies in affected areas for further donations and, eventually, cleanup and repair help from volunteers.

Messages were shared regarding immediate and specific needs for supplies requested by EFwM that included everything from tortillas to coffee to diapers and baby formula; the collection and delivery plan; and the need for funds and how to donate.

Hodges-Copple credits the Diocese’s communications team and Anderson for establishing a smooth flow of information. In addition to the regular conference calls, the communications office and Episcopal Relief and Development used a text alert system that allowed the Diocese to check in with multiple churches simultaneously in potentially affected areas, establishing each church’s status and identifying any in need of assistance or response.

Though response was quick and earnest, it was also paced to ensure it continued in the long run. Anticipating what those needs will be has been helped with the implementation of recent post-event tools developed by Episcopal Relief and Development and shared with dioceses, gathering information on local response in the days and weeks following an event to help plan for and stage response to future events.

The tools created are not for dioceses alone, though. One developed and shared with all is the Episcopal Asset Map, a resource where not only emergency resources but everyday ministries can be shared.

“The asset map is a welcome ‘next step’ in emergency preparedness,” said the Rt. Rev. Sam Rodman, bishop of the Diocese of North Carolina. “The asset map is one answer to the question, ‘What else could we be doing in terms of preventative work and infrastructure in advance of a crisis?’” When every church participates, it become a tool anyone can access in the event of an emergency to identify facilities, available equipment or expertise. Even if it’s not needed in the immediate aftermath when attention is focused on funds and ready-to-ship supplies, the map can help identify and pool resources to respond to longer-term needs in the weeks, or even months, following an event.

In the case of Florence, because of the preparation, collaboration and coordination of local partners, the Episcopal Farmworker Ministry used funds from Episcopal Relief and Development to get immediate supplies to 4,000 people in 10 counties. More specifically, the group targeted needs of 68 immigrant families for ongoing help with home repairs, rent assistance, paying bills and transportation back home. All told, grants from Episcopal Relief and Development totaling $55,000 were given to the Episcopal Farmworker Ministry in the wake of Hurricane Florence.

It happened because of collaboration that began long before the storm even started to form. Episcopal Relief and Development remains focused on and true to their mission of helping organizations prepare for and respond to emergencies. They train and build networks that will be ready to take action when the need arises. Their generosity in resource development and sharing allows every entity to have access to tools that will help them be ready. And when the storm comes, they stand with those in its path to ensure no one has to weather it alone. It’s a cycle that does not end, but instead continues every day of the year.

You don’t have to wait for an emergency to learn more about or support Episcopal Relief and Development:

It’s always a good time to put together even a basic preparedness plan for your congregation. Helpful first steps include: