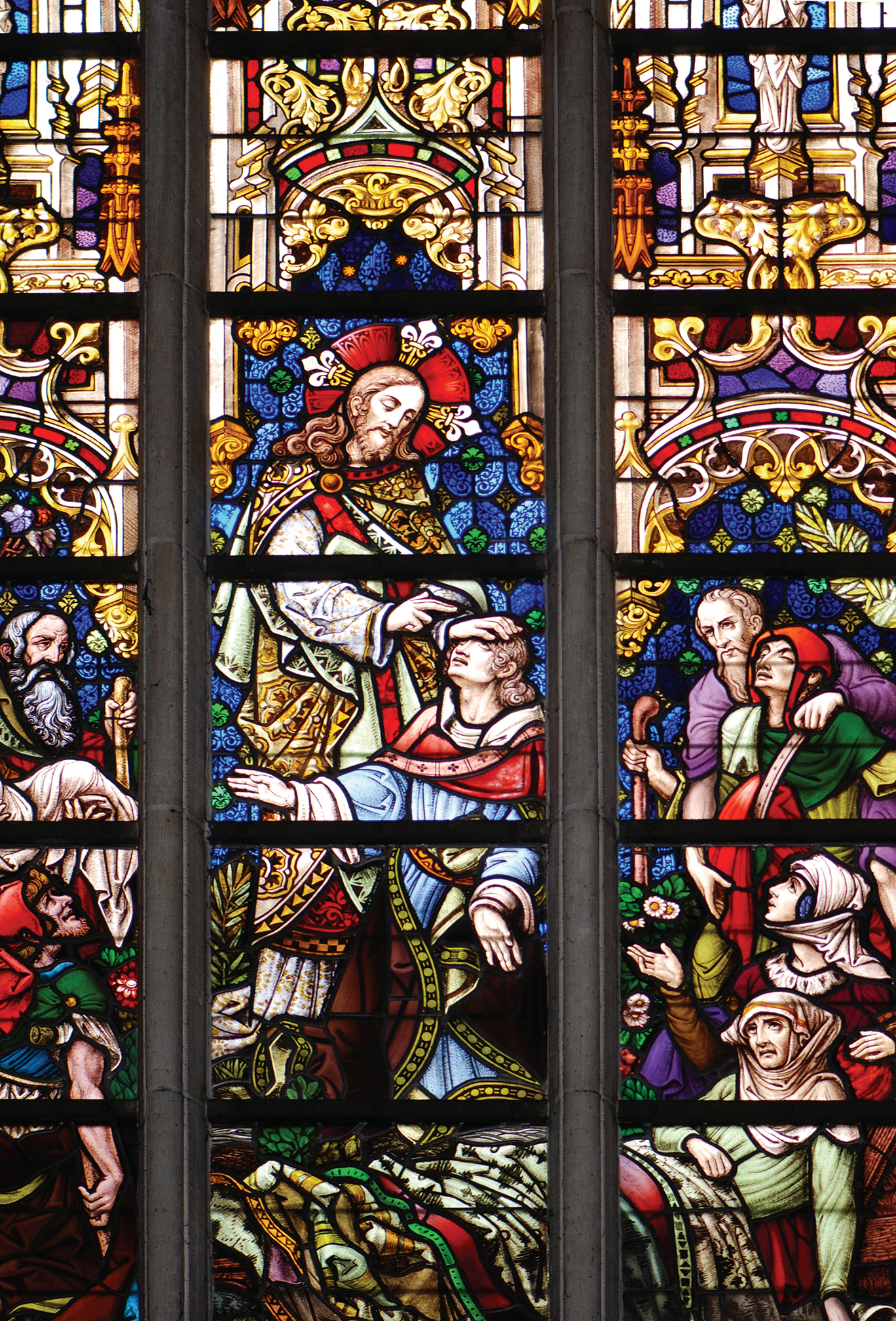 On January 6, 2021, the Feast of the Epiphany, the world watched a different sort of liturgy unfold in real time at our nation’s capitol. Participants gathered in Washington, D.C., in a revival-like environment. They listened to a fiery sermon and then processed their banners and other ceremonial symbols into hallowed spaces in hopes of disrupting the way of the world and asserting their own definition of righteousness. No matter whether you saw protesters or insurrectionists, highly organized white supremacists or a manipulated and misdirected mob, a confrontation or a desecration, the true believers who burst through the entrances to the U.S. Capitol were aflame with a passionate spirit, fueled, at least in part, by hate of perceived enemies.

Public witnesses can be, and are, organized by a wide variety of views and values. They might be pro-life, pro-choice, pro-farmers, pro-ranchers. The liturgies of Holy Week depict the difference between a procession organized around hosannas and a mob of organized hate. Jesus understood the power of assembling support when he and his entourage processed into Jerusalem to proclaim his platform of Divine Love. We commemorate the same with our own public processions on Palm Sunday. Pilate and others manipulated the crowd into an entirely different reaction to the Jesus movement by the end of the same week.

We vicariously go from the words “Hosanna! Blessed is he who comes in the Name of the Lord” to the words “Crucify him! Crucify him!” Our natural proclivities are toward the latter, but Jesus calls us to the former and much harder way: the way of love.

CHRIST IS THE BRIDGE

Lent provides a time to discern if we will join a great movement of self-sacrificing love, a love that prioritizes and elevates the human dignity and worth of all people. Or, will we join (or acquiesce to) the forces that sow division and deceit? Easter provides the holy invitation to say “yes” to God’s love and “no” to politics of hate.

In Jesus and the Disinherited, Howard Thurman discusses the anatomy of hate. Hate generates the motivation and energy for those who perceive themselves to be aggrieved. “Hatred seems to service a creative purpose. It may be judged harshly by impersonal ethical standards, but as long as the weak see it as being inextricably involved in the complicated technique of survival with dignity, it cannot easily be dislodged.” Hate can be an accelerant, albeit a dangerous one, toward an end.

If we are not careful, it is easy to mock, disparage and demean those with whom we have fundamental disagreements. If our feelings are mired in a miasma of fear, doubt, anxiety and a sense of being wronged, hate is an alluring but toxic elixir. If we are not careful, hate can easily inhabit any heart. Hate will blow back more toxicity and harm on the hater than the one hated.

Many lines from National Youth Poet Laureate Amanda Gorman’s poem “The Hill We Climb” are a balm for a soul tempted by hate. A theology of reconciliation and hope permeates her creation. To me, it is an ode to love casting out hate and hope overcoming despair:

Gorman’s poem commands our attention in part because it is derived from an authority greater than herself. Even though so young, she spoke as one with authority, not unlike a young carpenter giving a sermon long ago in Capernaum. (Mark 1:21-28)

Remind you of anybody?

When the young carpenter from Nazareth got up to speak at a synagogue in neighboring Capernaum, he was just a nobody from nowhere. Well, he was starting to generate some buzz around the Galilee area. Rumor was he had a way with words.

So someone invited him to speak to a larger audience. Someone gave this young man a platform. And when he spoke, his listeners were astonished: “For he taught as one having authority….” (Mark 1:21-28)

Authority? What kind of authority? Jesus certainly hadn’t been given any earthly authority. He didn’t have social status or political power.

He spoke from his knowledge—knowledge of holy scripture. Knowledge of tradition. His words resonated with his listeners in a way different from other authorities. Jesus addressed the conflict faced by the Jewish people under Roman occupation. He spoke to real grief, real struggles, real injustices, real alienation and the abiding belief that God was with them, even so.

In his words and actions, he was willing to address the political and religious controversies of the day. He spoke from that kind of authority that is not backed up by weapons that can destroy, but by instruments that can build, or at least reconstruct, even if, at first, something has to be deconstructed. Even if some long-existing structure of oppression needs to be dismantled.

What emerged over time was that Jesus spoke with the authority of knowing and obeying the will of his Father in heaven. Jesus spoke by the power of the Holy Spirit. Jesus spoke and taught and challenged his listeners to follow in the way of love.

THE POWER OF EXAMPLE

Let me tell you another line that stood out for me from Inauguration Day: “We will lead not merely with the example of our power, but by the power of our example.”

Think of the example of Jesus feeding the five thousand. He does not send the hungry away—the strategy suggested by his trusted advisors. He says let’s see what we have on hand and feed them ourselves.

Think of the example of Jesus loving his enemies. Think of the liberating power of Jesus’s example to warn us away from the temptation to hate our enemies. He knew that hate is a life-threatening poison that is most harmful to the one who thinks she is employing it upon another.

Friends, let us channel this power of love to cast out hate. Standing against hate does not mean dishonoring the opinions of those with whom you disagree. Our differences can make us stronger, deepen our thinking, and increase the awareness of our own positions as differing opinions make us examine and understand our own. Healthy discourse between a spectrum of perspectives is a good thing. There is room for difference in beloved community when we are brought together by the knowledge we are all children of God, and we are loved.

Let us channel this hope to overcome despair. Let us listen and follow the high calling that will pull us through these difficult and divided times. God has the authority to set the captives free and give sight to the blind. God has the authority to redeem and unite the many into one human family, bound together in light and love. This is the authority of the Gospel of Jesus Christ. Our calling is but to give honor and glory and obedience as well as our lifelong pledge of service.


THE MAN WITH AN UNCLEAN SPIRIT

“They went to Capernaum; and when the sabbath came, he entered the synagogue and taught. They were astounded at his teaching, for he taught them as one having authority, and not as the scribes. Just then there was in their synagogue a man with an unclean spirit, and he cried out, ‘What have you to do with us, Jesus of Nazareth? Have you come to destroy us? I know who you are, the Holy One of God.’ But Jesus rebuked him, saying, ‘Be silent, and come out of him!’ And the unclean spirit, convulsing him and crying with a loud voice, came out of him. They were all amazed, and they kept on asking one another, ‘What is this? A new teaching—with authority! He commands even the unclean spirits, and they obey him.’ At once his fame began to spread throughout the surrounding region of Galilee.”