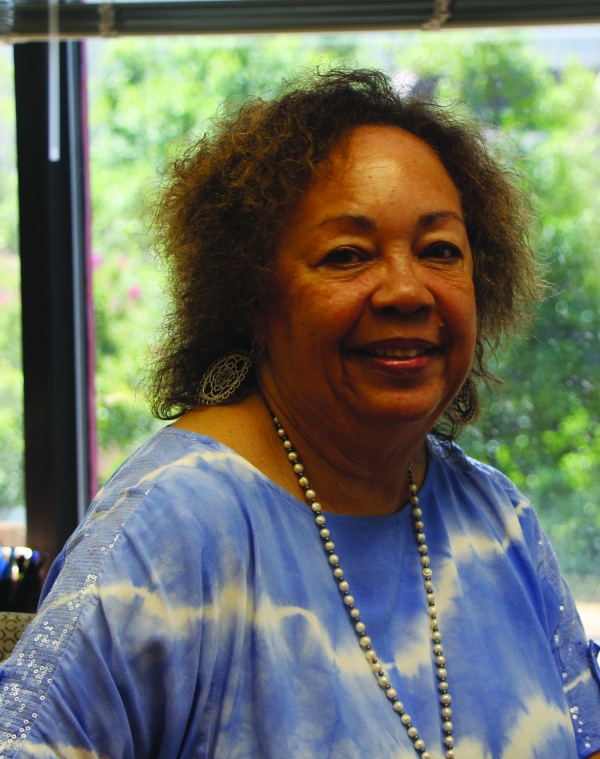 When I think of my journey as a deacon from my ordination on May 19, 2001 to the present, I feel the sentiment of the words of Langston Hughes’, poem, The Negro Speaks of Rivers: “My soul has grown deep like the rivers.”

I live near two rives, the Roanoke and the Tar. On my drive to each church I have served, I have had to cross one of these rivers. I always slow down a bit and look over to its narrow passage and gaze as far as I can to where it crooks, and then I lose sight. I always wonder what’s around the bend. As I have moved from one ministry to another, I have had to wonder what’s around the bend, but my faith “has grown deep like the rivers.”

My entrance into Tarboro was across the Tar River Bridge. Calvary, Tarboro, where I served 12 years was just down the street. Some of my deepest desires were fulfilled. I formed loving and lasting relationships. I was privileged to be a part of several mission trips, two of them to Costa Rica and later about four to Africa. Engaging in this kind of servant mission had been a dream for me, but I never imagined these dreams realized. However, though prayer I made myself available to God. My faith deepened, and my dreams came true.

My service to the beloved community at Saviour, Jackson was a quiet time of refreshing. Every Sunday morning on my drive over, I crossed a still and narrow passage of the Roanoke River. It set the tempo and tone of the day—one of reverent worship. As my drive continued, I peeped over into fields of blooming flowers in the spring and plains of farm land yielding its bounty in the fall. My church members gleamed with warmth and love. There was always a sense of joy. I could see Christ in each face. As I prepared to officiate Morning Prayer many Sundays, I became grounded in the Prayer Book and the prayers and also in the family that nourished me. Even so, like the river that pushes its water into larger estuaries, the Saviour guided me on into a deeper and wider space to claim my calling as a deacon.

Now I serve at Good Shepherd, Rocky Mount, where I have taken-up a ministry to the poor. Working with those who are homeless or barely maintaining shelter and the barest of necessities of life challenges one to adapt a new mind set. The poor stay in survival mode, so they come to us without the social graces that we expect. Sometimes, they say “thank you” and sometimes they get whatever is being offered and move on as quickly as they can. Their destination is to the next place of charity to complete their daily rations. My struggle is to understand who they are and to present them to the church as our brothers and sisters in Christ. I give them respect, not pity, and I help them claim their human dignity. On Sunday, some come into the parish hall for coffee and cookies. When I first came, they gathered in a corner to themselves. I invited them to sit with us. So now we gather at the table as the body of Christ, and they join in and follow the conversation as best they can. It is my opportunity to talk to them and find out more about them. I try to understand how they have come to be in this situation. When we have parish meals, I invite them to join us. I fix their plates and sit with them. I try to make sure that they are full to the brim when they leave. What I have learned is that we can never do enough until we as a society find a way to end poverty. When I leave on Sunday, I drive across the Tar River bridge—my segue in and out of their world. Every time I leave a minuscule part of me behind and take a minuscule part of them with me.

But my faith is intact—“My soul has grown deep like the rivers.”