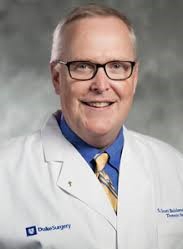 “Make him, O Lord, modest and humble, strong and constant,

to observe the discipline of Christ. Let his life and teaching so
reflect your commandments, that through him many may
come to know you and love you. As your Son came not to be
served but to serve, may this deacon share in Christ's service,
and come to the unending glory of him who, with you and
the Holy Spirit, lives and reigns, one God, for ever and ever.”

- Book of Common Prayer, from the “Ordination of a Deacon”

The process of ordination was, for me, a journey steeped in God’s grace.. upon grace …upon grace. I grew up in an Episcopalian household and my wife, Christina, and I both attended the same church as children. We started dating in high school, and a prayer life has always been something that has been central to our existence. As we approached milestones of graduations, marriage and engaging in vocation, we have always been intentionally prayerful about guidance and gratitude, always with a sense that the gift of love for each other is a blessing of how God lives and moves within us. And sustained with love for each other and God’s love for us, all we needed to do was to step forward into whatever opportunities were presented before us. I can remember when we were preparing for our marriage, we were counselled by the long-time rector of our church who had known us both since we were little children. He asked me if I had any problems with my faith. I answered that I had no issue with my faith, but I did lament how I was unable to attend church services on a regular basis due my work schedule as a respiratory therapist in critical care and, as such, on Sunday mornings I was usually taking care of patients in an intensive care unit. I missed the liturgy, and I felt that my lack of presence in that space was possibly seen by God as a lack of faith. I can remember his reassuring words from nearly 30 years ago when he said, “Scott, please understand that everyone has their own ministry in this world, and yours is to be a capable, kind and gentle presence in the lives of those under your care. Being a faithful Christian is not about sitting in a pew on Sunday morning at 9 a.m. Please be reassured that you are living out your ministry in the world by doing what you are doing.” I cannot begin to articulate just how comforting it was for both Christina and I to experience God’s grace in such a powerful way that day.

Early in our marriage, I reached a point vocationally where it was clear that I needed to return to school. It was a challenge in that going back to school to become a physician assistant was a full-time study commitment, and I was unable to work. It was through Christina’s strength and grace we were sustained, with a roof over our heads and food to eat during this time, always with the thought that the opportunity for education was a blessing from God so that we could do whatever God would put before us. As I finished PA school, we were blessed by the birth of our first child, and I was recruited by Duke University Medical Center to join the Thoracic Surgical Oncology team. Not exactly where I thought I would land at the time, but a blessing and gift as I would soon come to be blessed by the gifts of the spirit as each day became the opportunity to see the face of Jesus in the face of those fighting lethal malignancies.

Over time I would begin to have experiences where the grace of God would blow past me within interactions with patients and their families. At some point, I began to wonder about the proclivity for spiritual encounters that I would have, as requests for prayer with patients, their families and fellow providers increased. Christina would joke with me that if I ever went back to school again, it would probably be Divinity School. But the encounters continued to increase in frequency and profundity. Before long, I was meeting with my rector to ask the question, what does this all mean, and my discernment began to take a more formal shape. Meetings with the Parish Discernment Committee were liberating and transformational, as many things that I had thought were mistakes I had made along the way were actually the formative experiences essential to how I was able to sit with people wherever they were. The blessing of walking towards the fringe of my comfort zone.

Discernment soon led to my participation in the process, where I left my sponsoring parish to explore the call to the diaconate in an internship where I served in a parish very different from my sponsoring parish. There I worked with other populations within the faith community, such as the homeless and prisoners, with whom I had not worked before. Each step was, for me, affirmation that I was doing what I needed to be doing. And as I listened with an open mind and an open heart the call only deepened.

It was not a linear path however, as I was diagnosed with lymphoma at the point I was to enter clinical pastoral education (CPE). I would have to step aside for a year while being treated with chemotherapy and radiation. I did well with initial treatments and rejoined the process the following year, but just as I was completing CPE my lymphoma relapsed, and I underwent a bone marrow transplant. The blessings and gifts during this time were truly incredible. In my secular life I wear a lab coat, starting my days in prayer to be guided by the Holy Spirit with wisdom and skill to heal. Now, I was on the other side of the lab coat as a patient. A blessing for me to be given the opportunity to see with eyes from a different perspective, all the while within the context of deacon formation. To see with eyes while being sick, trying to cure the sick and learning to serve the sick. And by God’s unyielding grace, I was led back to health.

I have been asked many times about the difficulty of treatments or if I ever experienced times of darkness and insecurity. My answer is no, as I was constantly surrounded by love and constantly held in prayer. And even though I had times where I felt so weak that I could barely lift my head off of a pillow or even concentrate enough to pray, I knew in my heart that the ravages of illness could not touch my soul. No pain, weakness or illness could separate me from being grafted to the foot of the cross. Simply, I knew in my heart and soul that I was held in love and prayer.

My first chemo was on Ash Wednesday 2015, my bone marrow transplant was on All Saint’s Day 2017, and I was ordained to the diaconate exactly 91 days later. And every day since, I awaken with a prayer of Thanksgiving for the gift to live with one foot in the church and one foot in the world, knowing that my call to ministry begins with an open heart and an open mind to step towards whatever or whomever God places before me.