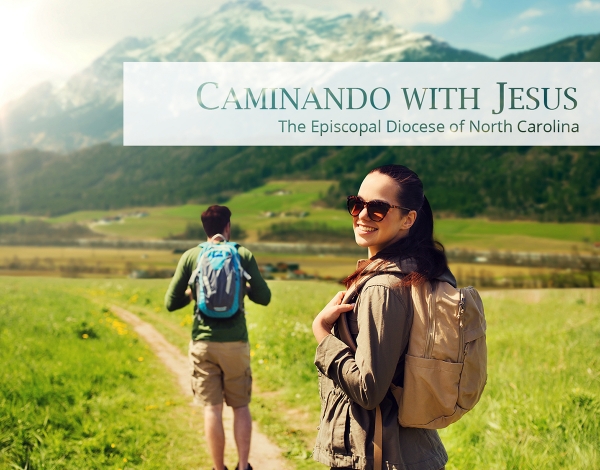 He put before them another parable: “The kingdom of heaven may be compared to someone who sowed good seed in his field; but while everybody was asleep, an enemy came and sowed weeds among the wheat, and then went away. So when the plants came up and bore grain, then the weeds appeared as well. And the slaves of the householder came and said to him, ‘Master, did you not sow good seed in your field? Where, then, did these weeds come from?’ He answered, ‘An enemy has done this.’ The slaves said to him, ‘Then do you want us to go and gather them?’ But he replied, ‘No; for in gathering the weeds you would uproot the wheat along with them. Let both of them grow together until the harvest; and at harvest time I will tell the reapers, Collect the weeds first and bind them in bundles to be burned, but gather the wheat into my barn.’”

Then he left the crowds and went into the house. And his disciples approached him, saying, “Explain to us the parable of the weeds of the field.” He answered, “The one who sows the good seed is the Son of Man; the field is the world, and the good seed are the children of the kingdom; the weeds are the children of the evil one, and the enemy who sowed them is the devil; the harvest is the end of the age, and the reapers are angels. Just as the weeds are collected and burned up with fire, so will it be at the end of the age. The Son of Man will send his angels, and they will collect out of his kingdom all causes of sin and all evildoers, and they will throw them into the furnace of fire, where there will be weeping and gnashing of teeth. Then the righteous will shine like the sun in the kingdom of their Father. Let anyone with ears listen!

The world as we know it in the United States feels like it is coming to an end. Confederate monuments are coming down. The movement for racial justice is surging. The walls of city halls are rumbling with proposals for public safety beyond policing. And we are still learning how to live in the midst of a devastating global pandemic. However, the parable of the wheat and weeds reveals that in order for this apocalyptic moment to bring forth a world better than the one we have known, we who follow the Christ must practice apocalyptic patience.

“Do you want us to go and gather the weeds right now?” the servants ask.


“No,” the landlord replies, “wait until the harvest.”


Wait. “Be still, and know that I am God,” the psalmist echoes. Everything will be revealed when the time is right.


Patience demands that we resist the urge to act on our impulses. It invites us to rest, even if just for a moment, and imagine new possibilities.


Pulling up. Tearing out. Ripping the weeds out of the ground.


Our impulses demand that we act impetuously. They lead us down the path of violence. It is the path we take when we have chosen not to wait for God.


“...for in gathering the weeds you would uproot the wheat along with them.”


Violence is deceptive. It blinds us to the damage inflicted upon ourselves in the process of destroying others. It desecrates our humanity and diminishes our moral imagination.


The world as we know it is a world of violence. Is another world possible?


The parable suggests that the harvest is the time when a new world will be revealed. The weeds will finally be gathered up and burned. The wheat will be placed in a barn and put to good use. If we are patient enough to resist our violent impulses now, God will act violently for us at “the end of the age.”


While this may be comforting to some, I reject the ultimate destruction of other human beings as a necessary part of my own salvation. Can we really “shine like the sun” when others are burning like coal? That does not seem like the making of a new heaven and new earth to me. That seems like a reincarnation of the status quo. If the call to patience is a mere pause in violence rather than a transformative path to peace, it cannot compel us to pursue new possibilities.


Left with apocalyptic visions of violence, we are prone to justify our own violent actions by claiming to know which of us are wheat and which of us are weeds. Black, Indigenous and people of color. Women. Immigrants. Queer folks. The poor and working class. There is no shortage of “others” whom we conjure up as “children of the evil one.” Rarely do we stop to consider how power and privilege determine who gets to make those distinctions. Rarely do we pause and reflect on the histories of violence that shape our understanding of who is human and who is not. Rarely do we slow down and read between the lines of our social, political and religious divisions to see what other possibilities lie beyond the world as we know it.


Pursuing a patience that does more than press pause on violence requires us to expand our moral and theological imaginations. We must learn to think, act, see, and read our sacred texts differently. We must learn to recognize when and where new worlds are trying to break through the pages of our lives.


If I was a DJ, I would loop this part of the parable. I’d let it resonate, sit back and meditate; I’d dream of all the ways that love could make us elevate. Listening to a loop requires patience. It requires the openness to hearing something for the hundredth time and discovering something new.


What do you hear when you loop the phrase above? What kind of apocalyptic visions do you see? What new worlds do you dream of? As I listen to it again and again, I am drawn to the idea that salvation for the wheat is inextricably linked to salvation for the weeds. I am open to the possibility that solidarity and shared humanity are the best organizing principles for society. I begin to actually believe that the gospel is good news for all and not just for some.


Is another world possible, a world where safety is pursued by eradicating poverty and not policing the poor?


Is another world possible, a world where prisons do not assure those of us who do not live in them that we are free?


Is another world possible? I believe so, but we must first practice the apocalyptic patience needed to bring it into being.