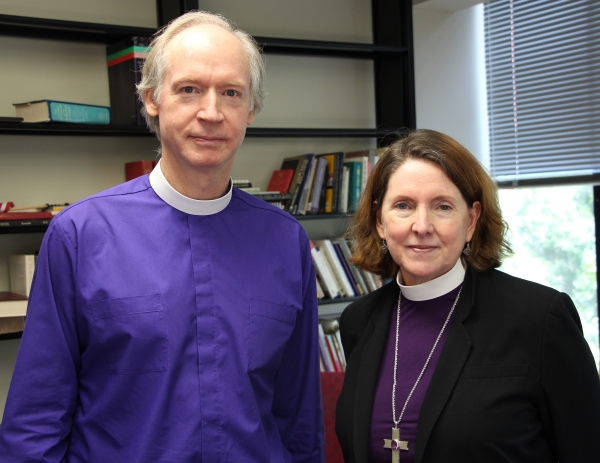 As bishops, it is our sacred duty to invite the baptised to renew the promises made at our baptism. Among those promises is the vow to “respect the dignity of every human being.” To that end, we are relieved to hear that Senate Bill 514 will not advance in the NC General Assembly. But we are dismayed that such legislation has been introduced in North Carolina and elsewhere. We believe such legislation would put at risk beloved children of God, asserting they do not meet an artificial standard of human behavior. We weep at the violence this legislation and similar legislation could bring upon God’s children. We fear the physical violence we have witnessed against transgender members of our communities would only be further incited by such possible laws.


We write to reaffirm our belief that all are welcome and affirmed in Christian community, in Beloved Community. Gender roles and sexual orientation should suffer no discrimination in our Church nor, we believe, in the larger society. We stand united against language, actions and policies meant to divide us from our faith in the one God of all and from one another.

Nonconforming behaviors or “lifestyles” refer to those that some judge as not conforming to rules (often vague and unspoken) a particular society has assigned as gender appropriate. In this regard, and in the place and time in which he lived, Jesus was nonconforming when he had conversations with women and let them touch him. Or when he told stories and parables that upended the traditional roles of men as ruling over others and of outcasts as unwelcome. We note Jesus’ disregard for accepted and long-standing customs, reaching out to those on the margins and healing on the Sabbath as examples.

We write to all, but especially to our legislators we say: consider the deep and lasting harm that legislation like that in Senate Bill 514 portends as well as its inherent violence against the laws of neighborly love and those that invite humility with respect to God as creator and judge. To our parishes and members throughout the diocese we offer encouragement for acts of love and inclusion for all God’s children, from rainbow flags, to prayers, to public witness for the health, safety and well-being of those who express their personhood, as we each are faithfully called, inspired by God’s creative hand in our lives.

We give thanks for the grace-filled witness of our LGBTQ siblings who present themselves as living examples for all of us in listening for the will of God in our lives. We conclude with these words from the Apostle Paul to the Romans, offering them as affirmation of the inclusive, nonconforming teachings of Jesus Christ.

"I appeal to you therefore, brothers and sisters, by the mercies of God, to present your bodies as a living sacrifice, holy and acceptable to God, which is your spiritual worship. Do not be conformed to this world, but be transformed by the renewing of your minds, so that you may discern what is the will of God—what is good and acceptable and perfect." (Romans 12:1-2)