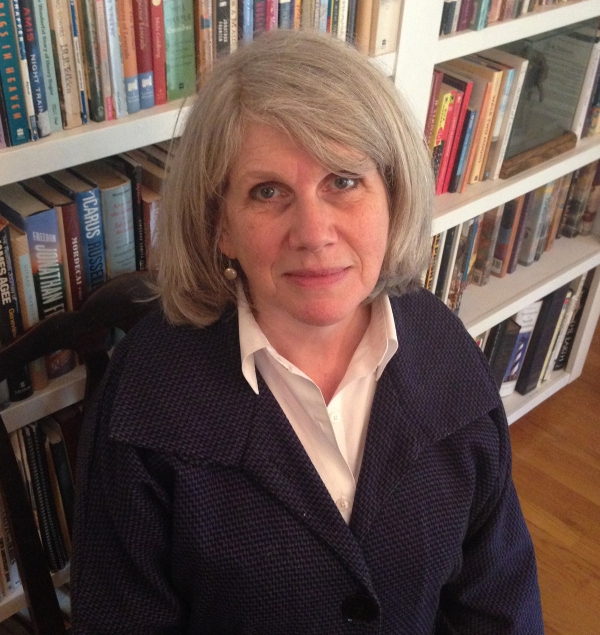 At Christ Church Raleigh, we are now two years into a Creation Care program that started with the efforts of a handful of parishioners. Although our large parish, which occupies the beautiful 1840s stone building on Capitol Square, was at that time doing some recycling, we did not have an institutionalized approach to earth stewardship.

An article entitled “Creation Care: Saving the World One Step at a Time,” in the Spring 2015 issue of the Disciple was what got us started. Here Christine McTaggart and the Chartered Committee on Environmental Ministry emphasized not only the biblical call to stewardship of the earth, but also its support from the House of Bishops’ 2011 “Pastoral Teaching on the Environment.” The article gave practical advice, guidelines and resources to help parishes design and implement a robust and effective creation care program.

With the blessing of the Christ Church clergy and vestry, and with the particular guidance and support of our assistant rector the Rev. Mary Davila, we decided to take the plunge. Little did we realize how far we would be able to come in two short years!

Although the Disciple article recommended a plan that focuses on energy, water and food, with energy efficiency as the starting point, our committee chose to concentrate first on composting and reduction of food waste. The Christ Church kitchen staff and volunteers prepare hundreds of meals per week in support of parish programs and outreach. So for us, composting offered a natural beginning. We established a relationship with CompostNow, the professional composting company, which provided valuable training and encouragement in the early stages, as well as compostable supplies and removal of collected serviceware and food scraps that we needed to get started.

As you can imagine, we began with baby steps. Tiny baby steps! Our committee members who were active participants in a weekly Bible study bought compostable coffee cups and plates, and began educating their Bible study “classmates.” Other members introduced composting to an Episcopal Church Women circle that meets for lunch at the Church once a month. Our flower guild, who breaks down the altar flowers each week and delivers smaller bouquets to homebound parishioners, began composting the flower stems and leaves that for years had been going to the landfill.

Then a huge step forward happened when our youth took on composting at Sunday evening EYC dinners. Many of these young men and women were seasoned composters, and the EYC operation was almost immediately self-sustaining. To them it was really not a big deal, but for our committee, this progress was hugely gratifying and energizing!

Then we decided to take on Sunday morning coffee hour, another big leap that entailed not only the design of signage, but also education of the hundreds of parishioners who congregate in our commons area before and between our three Sunday morning services. We committed to the setup and removal of compost containers and the proper disposal of collected compostables—week-in and week-out for several months before the process became institutionalized and taken over by staff. A labor of love!

Over the months of that first year, a magical thing began to happen. We had anticipated some bumps in our road, because it’s always unpredictable how people are going to react to a new program that comes with a learning curve. But as we began composting at more and more church events, we encountered virtually no resistance from either staff or parishioners of any age. In fact, almost everyone welcomed this change and expressed appreciation for what we were doing. It is not an exaggeration to say that our composting program was greeted with joy, yes, JOY!

Our kitchen staff and volunteers quickly became ardent allies of composting, and it did not take much training before they were happily collecting pounds and pounds of scraps from food prep each week. Then individual parishioners began to come forward with stories of how they found composting so meaningful and satisfying that they had begun collecting compost at home, either using tried and true backyard methods, or by signing on with CompostNow (which operates a weekly residential pickup for a nominal monthly fee).

“It’s the first time I’ve ever enjoyed having a turkey carcass,” one person told me after Thanksgiving weekend. “I loved putting it into my CompostNow container instead of the landfill.”

“I’m so glad we’re doing this,” someone else told me at one of our Advent dinners as she tossed her compostable knife, fork and paper plate of food scraps into the bin. “It just plain feels good.”

Since those early months, our composting program has continued to grow, and as of mid-October 2019, all church meals and reception items are served on either reusable or compostable serviceware. Composting is expected now. Since August of 2017, we have collected more than 7,000 pounds of food scraps and compostables, generating nearly one ton of rich compost for community farms and gardens. And in the process, we have diverted over 900 pounds of dangerous methane from our local landfills!

In a separate initiative, our committee has also taken significant steps toward improving the energy efficiency at Christ Church, as recommended in the Disciple article. In March of 2019, John Seymour from Interfaith Power & Light visited the Church to update and expand a 2013 energy audit that he had conducted before a major facility renovation in 2016.

Sorting through the many detailed observations and recommendations in the 2019 audit was an exercise in triage that would not have been possible without the help of Bobby Bunn, the Christ Church facilities manager, and his dedicated staff. But over a period of several months, we were able to design an energy audit work plan that gave clarity and specificity to the areas that John Seymour highlighted. Highlights include:

It has been gratifying to see how the congregation has taken ownership of this initiative, in everything from awareness of the importance of keeping exterior doors closed against hot or cold weather, to their admiration for the creative solutions the staff found to make weather-stripping both attractive and effective. And everyone appreciates the idea of saving money on utility bills, money that can instead go toward Christ Church programs or outreach.

Looking back over the last two years, we on this Creation Care Committee can only conclude that there is something deeply satisfying about the quotidian job of collecting food and paper scraps for compost. And something equally satisfying about reducing energy usage and costs with small changes that add up to big savings. Everyone likes to be a part of something important and meaningful. And I think that this program has helped our parish tap into the deep and universal connection with the earth, a connection that in our busy lives can be so easy to overlook or ignore. Through that, we are rooted and grounded in the precious, irreplaceable and sustaining gifts that God has given us.