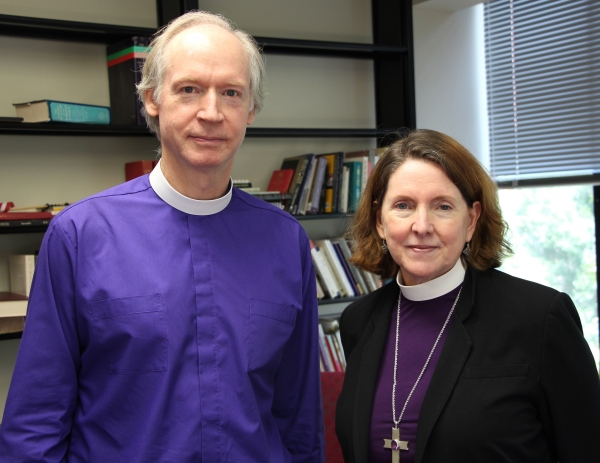 For many years the Diocese of North Carolina, along with the 109 dioceses and 17 countries that comprise The Episcopal Church, has championed comprehensive immigration reform and humanitarian support for refugees. We continue to pray Congress will proceed to pass the necessary legislation to reform our immigration system and do everything possible to resume a reasonable pace for the resettlement of families approved for refugee relocation to the United States. These positions are based upon our deepest biblical imperatives to love our neighbors and give hospitality to strangers. To our great alarm, we see increasingly harsh tactics embraced by our federal officials creating fear and anxiety across our country and running rough-shod over fundamental humanitarian concerns of U.S. residents living law-abiding and productive lives.

Two weeks ago the Department of Homeland Security announced its decision to terminate Temporary Protected Status (TPS), a residency program for Hondurans who have been living legally in the U.S. for decades since Hurricane Mitch. TPS is also being ended for Nepalese immigrants. Many of these families live in our state and are valued members of our communities. They attend and lead our churches. They have built lives with homes and businesses that contribute to North Carolina’s thriving economy and culture. While there may be good reason to end the temporary status for these residents, we, the bishops of the Episcopal Diocese of North Carolina, implore our leaders to find ways to grant these legal residents of the United States permanent residency.

Last week the U.S. Attorney General announced his intention to change border security procedures and separate children from parents in families who come to our border seeking asylum. Up until now, families, especially mothers and their children, have been allowed to stay together through the process. This change of policy will not only traumatize but criminalize desperate families fleeing violence and destruction in their homelands.

The contradictions of expelling productive, gifted residents who follow the laws of our land in the name of national security are obvious and painful. The cruelty of separating children from parents already desperate to find safety is astonishing.

Today we remind the people of the Diocese of North Carolina and the leaders of local, state and national governments of the many statements of the broad-based faith community for immigration reform, including our own previous actions and statements:

As the Day of Pentecost approaches, please join us in praying for and working towards a more just and compassionate response to all our neighbors, a response that reflects the teachings of Jesus and the promise of the Holy Spirit, the Comforter.